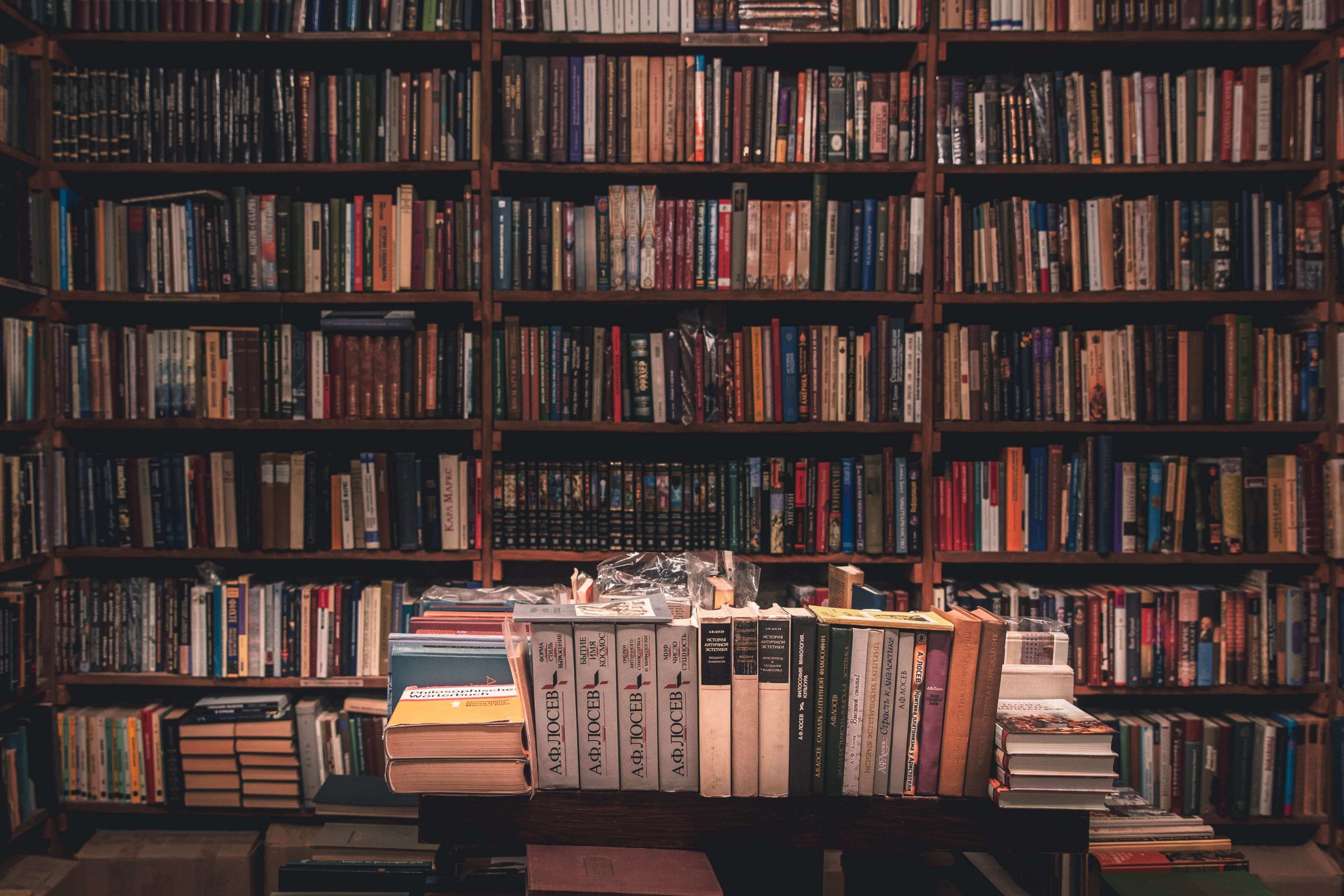 Want to learn more about Carl Jung’s theories, but not sure where to start?

We’ve got you covered with this list of the best Carl Jung books, essays and other publications to give you an overview of some of the most popular theories.

From the Man and His Symbols to Psychic Energy and the Essence of Dreams, these books on the Jung’s theories will help you get a better understanding of the psychology of archetypes.

Not sure where to start with Carl Jung works?

Essential Jungian Psychology Books
If a novice were to ask me which work in Jung’s body of work to begin with, I would recommend:

These would provide a rudimentary understanding of the man and his viewpoint. Following that, the beginner’s exposure would be amplified by the more accessible essays and Jung’s letters and seminars, and he or she would likely no longer be a beginner.

Check out our list of the best Carl Jung books you can read:

1. Man and His Symbols

In ‘Man and His Symbols renowned psychoanalyst Carl Jung, in collaboration with four of his associates, shares his theoretical psychoanalytical concepts in as simple and educational manner as he is capable of in the last work written by him before his death in 1961.

Written after Jung dreamed about his work being understood by a wider audience than just qualified psychiatrists and aimed at the non-specialist audience, the work is accompanied by over 500 illustrations.

Jung examines the world of the unconscious and the symbols he believes it constantly reveals to us in our dreams.

He theorizes that dreams offer practical advice to the individual from their unconscious to their conscious self and that understanding this advice will bring them self-understanding and a more fulfilled life.

2. The Archetypes and The Collective Unconscious

Taken from Jung’s Collected Works and expanding in greater depth on ideas outlined in ‘Man and His Symbols’, this book consists of three essays establishing Jung’s theoretical basis for his concept of the collective unconscious and personality archetypes.

This is followed by further essays on specific archetypes, where Jung explores in depth the three main archetypes which underpin his psychoanalysis – the Mother, the Child and the Prankster.

Provided within the work are clear explanations of a number Jung’s most powerful concepts, such as the process of individuation and the anima and the animus, as well as detailed explorations of individual myths and interesting asides such as Jung’s thoughts on the concept of mandalas.

3. The Relations Between the Ego and the Unconscious

Representative of Jung’s analytic approach to psychology, in this work Jung outlines for the reader his concept of the human psyche and the unconscious.

Here, Jung establishes the duality between humanity’s collective unconscious and its influence on the individual unconscious.

Exploring the depth of humans by focusing on a dialogue, or a “dialectic between the Ego and the unconscious”, Jung demonstrates to the reader how the tension and play between the individual’s Self and their unconscious can conceal important messages.

Jung details a highly personal and often testing process whereby the individual should pay attention to how their unconscious life manifests in their conscious life. If undertaken successfully, Jung argues, the process will ultimately enable them to live a more fulfilled life.

Exploring the concept of synchronicity, this work delves into the meaningful coincidence of time and events, extra-sensory perception and other such phenomena.

Having long been intrigued by coincidences with juxtapositions that scientific logic could not satisfactorily explain, Jung here combines a breadth of historic and contemporary research with a description of an astrological experiment conducted to test his synchronicity theory.

Jung reveals his wide-ranging research into a rich breadth of psychic phenomena and outlines his theory of synchronicity as an acausal meaningful coincidence, independent of space and time.

He asks the reader to reconsider their understanding chance, probability, coincidence and the singularity of events in their lives. Jung then goes on to consider the relationship between synchronicity and intuition, another important concept in his work.

5. Modern Man in Search of a Soul 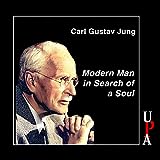 ‘Modern Man in Search of a Soul’ is a collection of essays and lectures providing an introduction to Jung’s theories and concepts on his most important and influential themes.

Exploring the topic of spiritual unease and how he believes this contributes to a void in our modern society, Jung delves into some debated yet vitally important areas of analytical psychology including; dream analysis, how the psyche is constructed, associations and the relationship between psychology, religion and humanity’s need for a God.

Additionally, Jung compares his own work and theories with those of his colleague Sigmund Freud, outlining areas where they agree and perhaps more interestingly where they significantly differ in their conclusions.

This work will, therefore, provide a useful basis for any reader interested in the fundamental principles of psychoanalysis.

6. Conflicts in the Child’s Soul

In his own autobiographical work Jung claimed that no physician could cure a patient without making contact with their soul, the soul being a concept ever present in his psychoanalysis.

In this work Jung discusses and outlines the conflicts present in the mind of a child, using his daughter as an example.

He outlines his belief that childhood and youth are critical phases in the life of the individual to which society should devote much more attention.

Jung describes factors such as conflicts and prejudices experienced by the child in their family environment which, alongside the personality of their parental figures, can have a significant impact on their the long-term wellbeing and exactly how this can cause psychological problems for them as an adult.

7. The Psychology of the Transference

The Practice of Psychotherapy: Essays on the Psychology of the Transference and Other Subjects (Bollingen Series)
$39.00
Buy on Amazon

This short volume, extracted from his Collected Works, is where Jung most explicitly outlines his thinking on the subject of transference, a theoretical phenomenon characterized by the unconscious projection of an individual’s feelings on to their therapist.

Jung gives an outline of his handling of transference between the physician and patient, specifically in the light of his concept of personality archetypes, basing his work around symbolic etchings in a sixteenth century alchemical text.

He draws parallels between the processes of alchemy as seen in this text and the psychic processes in therapeutic practice.

For example, Jung outlines a link between the stages of alchemy transforming base material into something new and what he sees as the stages of psychological purification of an individual. By drawing these parallels Jung aims to make the complexity of psychoanalysis comprehensible.

8. Psychic Energy and the Essence of Dreams

Comprising six essays, this work sees Jung define his concept of “depth psychology” as an exploration of the relationships between the conscious and the unconscious.

In the first essay of the collection Jung aims to provide the reader with an understanding of the individual personality through an exploration of concepts such as introversion and extroversion.

In subsequent essays he looks in depth at human and social behavior and notably at dream analysis in order to bring a better comprehension of those concepts.

In the final essay Jung explains his take on the philosophy of ‘Spiritism’, which theorizes that living creatures, including humans, are immortal spirits temporarily existing in physical bodies for a series of incarnations for the purpose of moral and intellectual improvement.

Spiritism also asserts that disembodied spirits, through knowing or unknowing mediumship, may exert a beneficial or malign influence on the physical world and/or its inhabitants.

9. Writings on Spirituality and Transcendence

Whilst not a believer in God, Jung believed in spirituality and was fascinated by its impact on human culture and behaviour.

In this work Jung takes the reader on a journey through his views on anthropology, religion, art, and spirituality.

One of Jung’s most personal works, here he sets out his theories on how it is crucial to understand spirituality in order to understand the origins of what makes each individual who they are as a person, giving consideration to all the phenomena and traditions which sit at the core of the psychic life.

Reflecting the openness of Jung’s own mind, in this work he seeks to look beyond the ordinary to find meaning in the soul of each person. 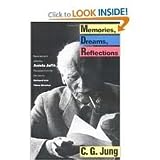 This part-autobiographical work offers an insight into Carl Jung’s childhood and personal life (including two letters from Jung to his wife in the appendices which offer a rare glimpse of his character), how he came to his profession and how he developed his ideas.

The reader gains a fascinating insight into Jung’s relationship with the renowned Sigmund Freud, usually productive and sometimes strained, as well as learning how each experience, conversation and discovery Jung lived through impacted on the development of his psychoanalytical theories.

Jung summarizes his theories about the human psyche, the importance of dreams and their analysis, the role of symbolism and his principles for psychotherapy.

This remarkable red leather‐bound folio manuscript was fifteen years in the writing by Jung, being created between 1915 and approximately 1930, and was only published in 2009 following years of resistance the heirs to his estate.

Recounting ‘visions’, ‘fantasies’ or ‘imaginations’ he experienced from 1913 to 1916 and the psychological experiments he conducted in order to try and make sense of them, the work was originally crafted by Jung using calligraphic pen, multicolored ink, and gouache paint in a typically illuminated medieval manuscript style.

In this unique work Jung conducts a self-exploration of his own psyche, confronting his own unconscious mind, and in doing so the reader gains a unique insight into the germination of his key psychoanalytic theories.

1. What is the best Carl Jung book to start with?

If a novice were to ask me which work in Jung’s oeuvre to begin with, I would recommend:

These would provide a rudimentary understanding of the man and his viewpoint.

In the male brain, the anima is a feminine image, whereas in the female psyche, the animus is a male image.

The anima/animus is the primary avenue of connection with the collective unconscious, representing the “real self” rather than the image we show to others.

Only a few individuals have ever seen The Red Book, which Jung regarded to be his most important work.

It is now available to scholars and the general public in a complete facsimile and translation.

4. In what order should I read Carl Jung?

Start with his autobiography, Memories, Dreams, and Reflections. I believe that reading this will give you a greater understanding of him as a person and, as a result, of his views.

Maybe one of his best-known works, such as Modern Man in Search of a Soul.

My recommendations (in order of choice) from the volumes of his Collected Works are:

Carl Jung’s personal writings are a little difficult to follow, possibly due to the fact that they were translated into English.

6. What is Carl Jung most famous for?

Carl Jung, a Swiss psychologist and psychiatrist, is credited with establishing analytic psychology. His work has influenced psychiatry, as well as religion, literature, and other related subjects.

Hopefully this list of Carl Jung books has given you a good ideas of where to start learning more about the writings of Carl Jung.

There certainly are a lot of Jungian works, so here’s a quick run through of the items listed in this article:

There’s just one more thing left to do with Jung collected works… go and read them!

“You are what you do, not what you say you’ll do.”