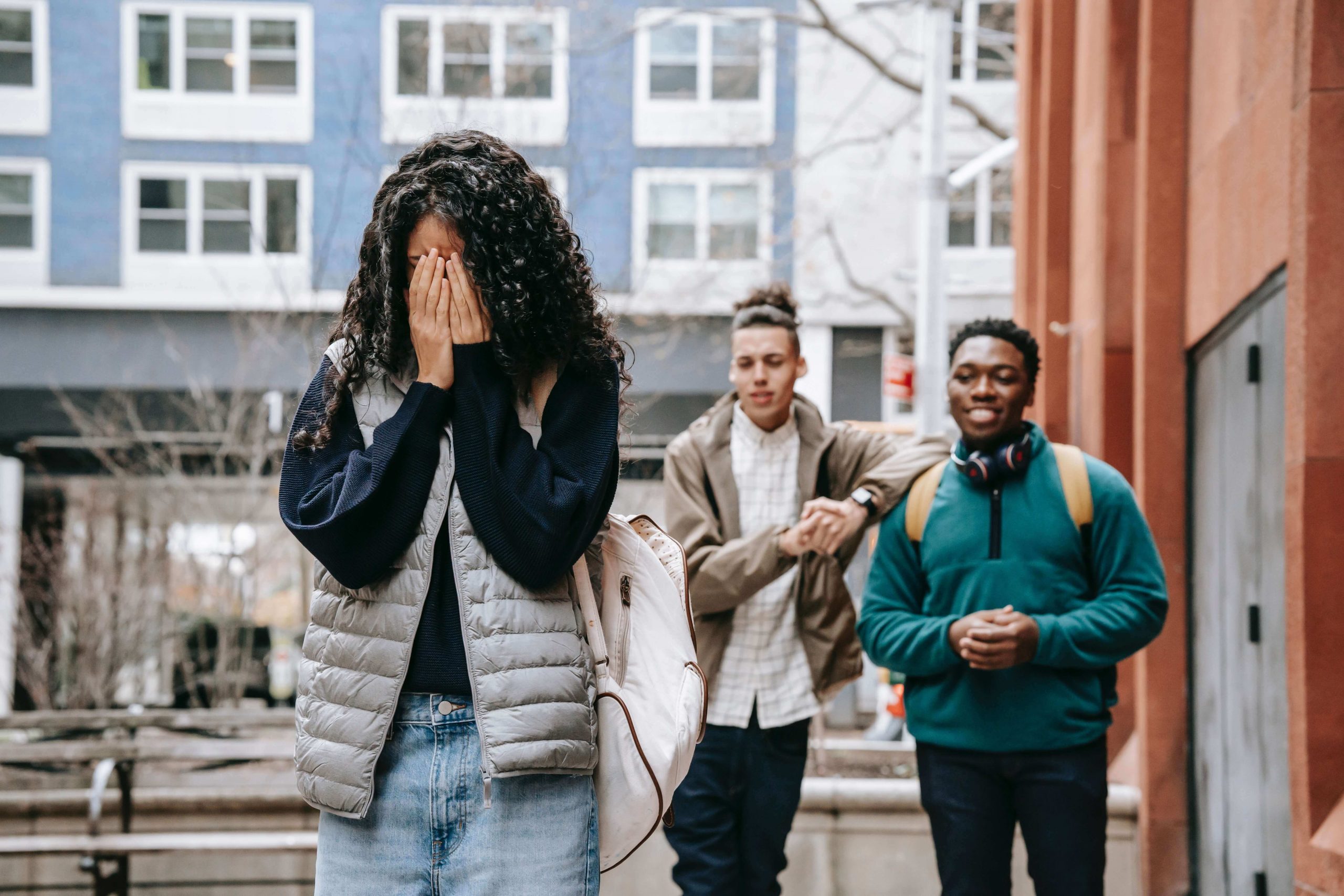 Learn all about the Bully Personality Type including a definition, characteristics, examples and how it relates to archetype personality types.

What is the Bully Personality? (Short Answer)

The bully personality is a constellation of pathological traits that are characterized by the use of force and threats to control others.

Bullies feel powerful when they make others feel weak, and derive satisfaction from inflicting psychological or physical harm on their victims.

People with a bully personality often have low self-esteem and a fragile sense of self-worth.

They use aggression and intimidation to make up for their inner feelings of weakness and insecurity.

Bullies are also often chronic liars and manipulators, who will say anything to get what they want.

The Bully archetype demonstrates that the spirit is always more powerful than the body.

When faced with problems that seem insurmountable due to their size and form, our physical bodies might serve as a metaphor for our souls being “bullied” into giving up.

To understand how you fit in with this archetype, you must go beyond whether you “bully” others.

Ask yourself, “Will I stand up to this challenge?” if you find yourself confronting a series of situations and relationships that seem like they have more power than you.

Goliath is an archetype that many people identify with because of their willingness to take on bullies for the good of others, much as David did with Goliath.

There’s a common belief that a bully is a coward who wants to keep his actual personality hidden from others.

The journey to empowerment via these two archetypes begins with the Coward inside, who must face up to his own inner fears and bullies.

There are many different types of Bully personalities. Here are a few of the most common types:

A coward personality type is someone who often feels anxious or panicky in new or unfamiliar situations.

They may avoid taking risks or trying new things out of fear of failure or embarrassment.

This can make them seem shy, standoffish, or resentful towards others who do take risks.

Coward personalities often ruminate on worst case scenarios and allow their fears to control their lives.

This can lead to feelings of loneliness, low self-worth, and depression.

This type of person is characterized by their avoidance of conflicts and their generally timid nature.

While some people may see this as a negative personality trait, it can actually be quite beneficial in certain situations.

For example, if you’re someone who tends to shy away from confrontations, you’re less likely to find yourself in dangerous or potentially harmful situations.

You’re also more likely to be seen as diplomatic and level-headed, which can be valuable traits in both personal and professional relationships.

The downside is that you will be less likely to speak up for yourself.

Read on to learn more about the key Bully personality characteristics:

1. They can be charismatic

May have a significant role in some capacity.

They are confident and assured.

They give off the impression of trustworthiness and dependability by being seen to be doing or having done something selfless or of great value, such as charitable work or turning around a failing department or business.

Questioning this person’s conduct or judgments is forbidden, particularly among peers and superiors.

2. They are often deceptive

They are often compulsive liars, and make things up in the spur of the moment to suit their needs.

In order to be convincing to superiors and peers, this person makes themselves seem plausible and convincing, sometimes by imitating what others do or say.

Self-describes as sympathetic, loving, and kind, but only acts in this manner when it benefits them personally.

Can’t have a meaningful discussion since they don’t listen.

Has a seemingly irrational faith in one’s own abilities (especially as a leader or manager).

Can’t tell the difference between management, leadership, and bullying.

They are characterized by the lack of maturity, impulsiveness, boldness and hostility, as well as a lack of discernment between eloquence and sarcasm; a lack of honesty and deception.

They are often oblivious to the distinction between how they want to be seen and how they are perceived.

They are drawn to positions of power, and they have a strong desire to be in control of everything.

They also posses a subjective sense of what is good and wrong.

They often blame others for their shortcomings.

They have a habit of distorting reality by spreading misinformation and gossip.

When retelling stories they tell it in a way so as to better represent oneself or to portray someone else in a more negative light.

They have a tendency to be rude, pompous, and unreasonably rigid with certain individuals, but at the same time also to be kind, easygoing, and very accommodating with other people.

They tend to threaten terrible repercussions for those under his or her control who think or act on their own.

​​Can be innocent and charming some of the time (usually when there are other people around), but can also be mean and mean at other times (typically where there are no witnesses).

A lot of times they are ruthless and unpleasant.

They lack remorse and exhibit no sorrow for their actions.

Are very much obsessed with critiquing others.

They are often cunning, deceptive, nasty, and vindictive.

When asked to meet the needs and concerns of others, they become agitated, irritated, and hostile.

They may have odd or improper views about sex, gender, color, handicap, and other personal traits.

Examples of the Bully Personality

Here are some examples of the Bully Personality in popular culture and literature: