Learn all about the earth mother archetype, including definition, characteristics, examples and how it relates to the Caregiver archetype.

What is the Earth Mother Archetype?

The Earth Mother archetype can first be dated to when the mother goddesses of ancient societies, who ancient civilizations believed were the personification of motherhood, came to be equated with the Earth or the natural world.

As a result, these goddesses came sometimes to be referred to as Mother Earth or as the Earth Mother.

More recently, psychoanalyst Dr Carl Jung suggested that the archetypal earth mother, or the three other variants of the mother archetype he identified, are a part of the collective unconscious of all humans.

Jung believed that this helped to explain the prevalence and universality of such earth mother folklore and imagery around the world.

The Earth Mother archetype is personified in Greek mythology in the form of the Goddess Gaia, otherwise known as Mother Earth.

Gaia was believed to have created herself out of primordial chaos. The Ancient Greeks believed that it was from Gaia’s fertile womb that all life came and that all living things must return to Mother Earth after their designated life span is over.

As such personifies earth’s entire ecosystem, always working to bring and maintain the harmony, wholeness and balance which is required for the planet to successfully function.

They believed that Gaia had the power to heal all ills as well as to nurtures all life on this planet. As a result of this all life and wellbeing on the planet was believed to be completely dependent on the will of Gaia.

In the 1970s scientist James Lovelock developed the ‘Gaia Theory’, named for the Greek goddess. In this theory Lovelock outlines his belief that that Earth is a self-regulating, evolving, conscious system which is able to maintain its own optimal conditions for sustaining life.

It does so through Gaia, the archetype/goddess/system which, among other conditions necessary for life to thrive on planet Earth, regulates the salinity of oceans, the processing of carbon dioxide and the oxygenation of the atmosphere.

Gaia is able to do so through a complex system that enables the exchange of information between animate and inanimate matter.

This exchange of information is known as a cybernetic feedback loop, the same type of system that allows us to exchange information or communicate with organized, coherent energy fields such as archetypes.

The Earth Mother archetype is symbolic in particular of fertility and abundance on the planet. 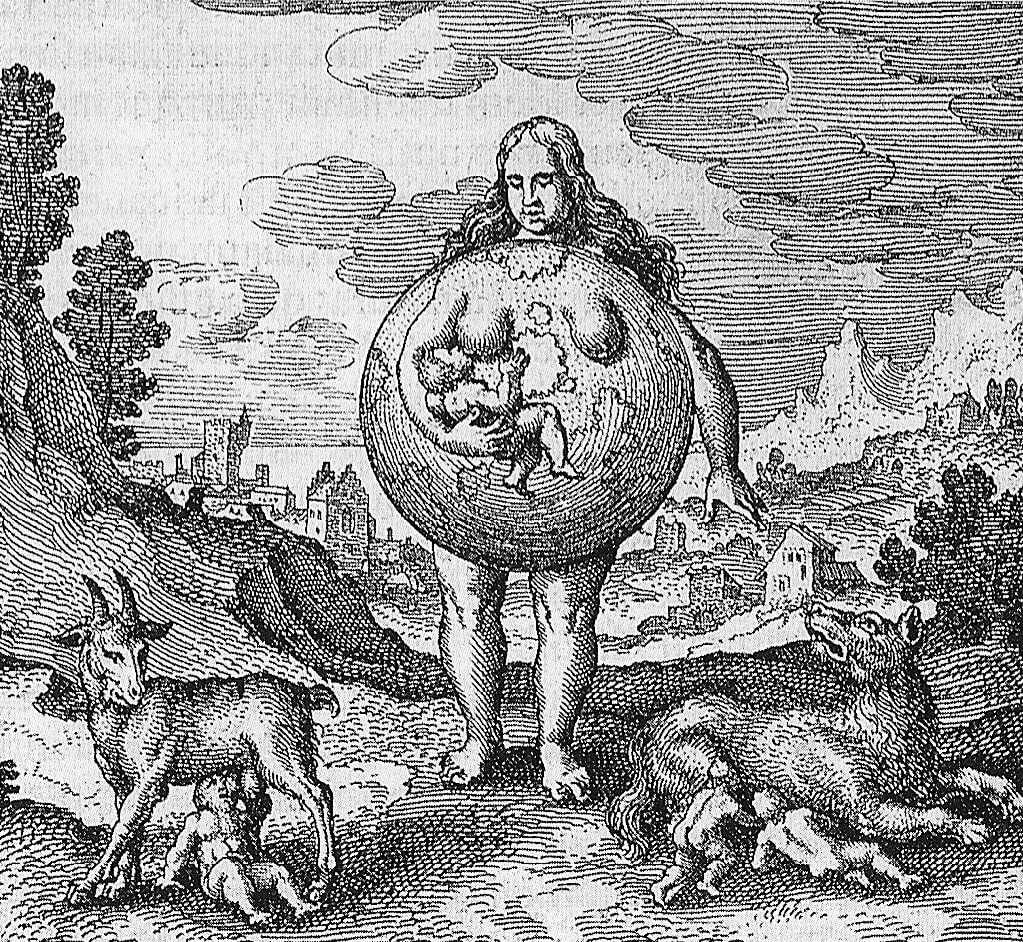 When personified she is often shown as a hippie type character, wearing earthy colours and natural materials, whilst living in an environment which is also focused on natural materials such as stone and wood.

The archetypal Earth Mother possesses many positive qualities which can be harnessed to help the world in which they exist.

The quality of ‘being’ is a specialty of the Earth Mother. As such, her focus is not the end product or something which she wants to obtain, but the process through which she will get there.

She believes that, rather than identifying power and success as an ultimate goal in life, these instead can be achieved and a fulfilling life completed by developing intimate relationships with our bodies, our psyche, other people and with nature.

The Earth Mother appreciates living in the here and now, rather than living life focused on anxiety about what the future may bring or holding guilt about past shames and mistakes.

She is in touch with the messages that the body holds and heeds them – if the body indicates anxiety, for example, she will listen to this and act to resolve this, enabling her to live a more healthy life as a result.

An example of the archetype Earth Mother is the character of the Good Witch of the North in L Frank Baum’s novel The Wizard of Oz, and the 1939 film of the same name.

The Good Witch is a kind and gentle character who makes a stand against the oppression and subjugation of people, making her loved by the people in Oz.