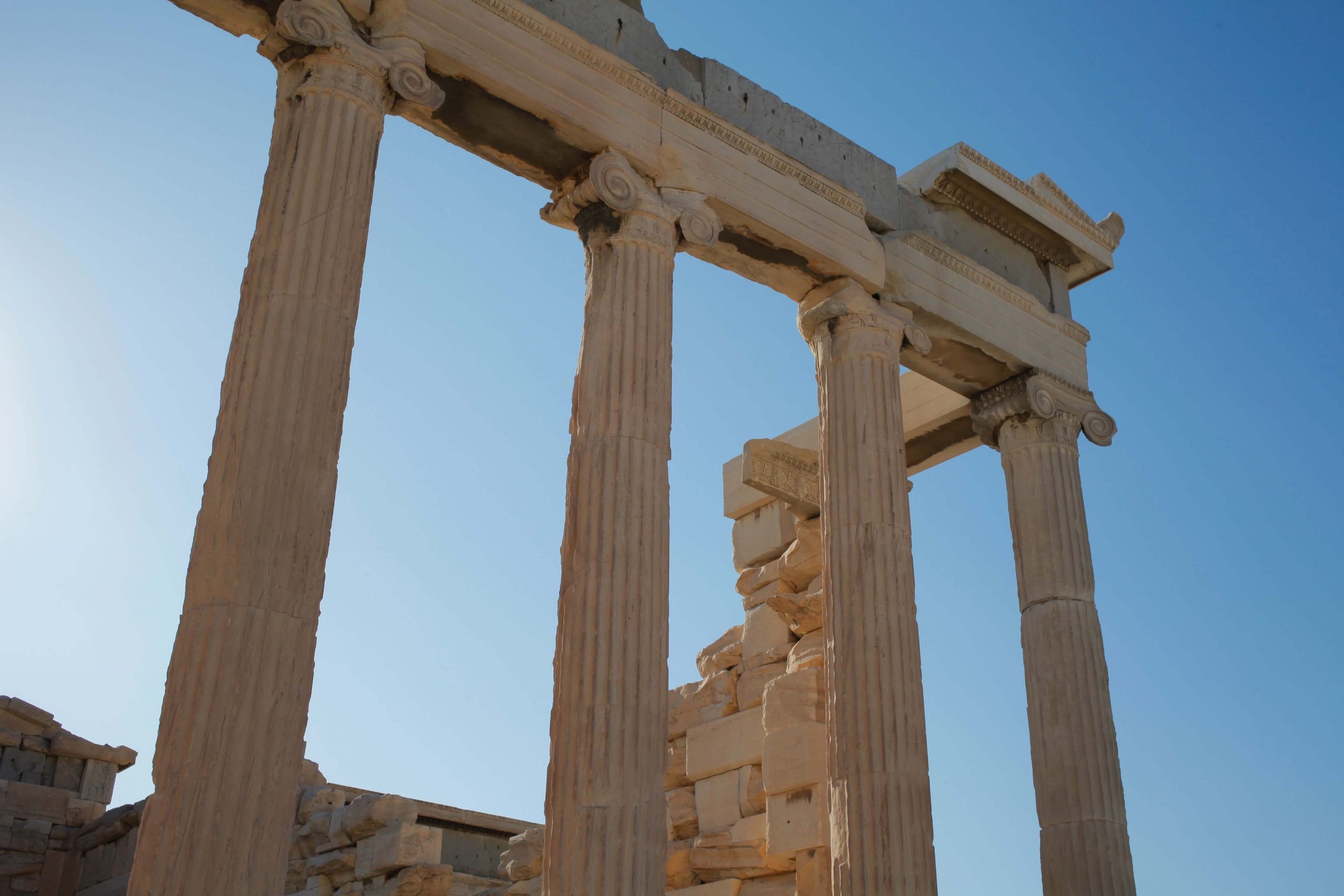 Greek myths are essentially stories, and at the core of any effective story sit relatable character types.

These characters are essentially copies of an established character archetype created long ago and repeated throughout history so that they have become recognisable.

It should, therefore, come as no surprise to learn that Greek mythology was the starting point of our most established character archetypes. The word archetype itself comes from the Greek word arkhetupon for first mould or model, meaning the initial version of something later multiplied.

The word is comprises arkhos, meaning chief or ruler and tupos, meaning mould, model or type.

This link is no coincidence, with the Greek Parthenon providing the source of the 16 most referenced character or personality archetypes.

In Search of Mythological Archetypes

Of course, Ancient Greece was by no means the first established ancient society.

That being the case, how did its mythology come to be so influential in creating archetypes recognised thousands of years later where others did not?

Why do we remember and talk about the Greek Gods more so than those of Ancient Egypt, Rome, China, Carthage or Babylon?

This results from the reach of Ancient Greek influence and power, which directly influenced even the Romans, extending far beyond that of any other ancient empire into western culture.

Despite the dominance of the Greeks their character types can be seen across other cultures.

Ares, the protector of Greek culture for example, shares much in common with the Egyptian Sun God Ra and the Norse God Thor.

This makes it hard to argue which of the cultures actually was the primary instigator of these character archetypes, but it can certainly be said that those of Greek culture are the most recognised and have become most influential through figures such as Carl Jung.

The most established archetypes from Greek culture are:

Greek god of the sky, lightning and thunder, ruler of all the gods on Mount Olympus and supreme deity of the Greek Pantheon. The Zeus archetype is a judge-like character answerable only to himself, responsible for the maintenance of order, the authority that inspires others to follow where he leads and sometimes a tyrannical nature, willing to indulge his own vices.

Greek god of the sea, storms, earthquakes and horses. Widely considered the most bad-tempered and greedy of the Greek gods, the archetypal Poseidon thus possesses a depth of feeling which makes him unable to express normal emotion, instead lashing out in a destructive manner and taking pleasure in the anguish of others.

Greek goddess of the harvest, earth’s fertility, sacred law and the lifecycle. The Demeter archetype is often described as having innocent and childlike qualities, with a sweet and unassuming nature and desire not to disappoint. Demeter’s heart is ruled by innocent rather than sexual love. As an embodiment of Mother Nature, Demeter is a relationship-oriented, warm and nurturing source of life.

Greek goddess of women, marriage, family and childbirth. The resulting Hera archetype is a caregiver, representing the capacity to be loyal, caring and committed even through life’s most difficult challenges. Hera will not tolerate anything which distracts her from her main motivation in life, which is to act with devotion and care towards her husband and family, even sometimes to her own cost.

Greek goddess of love, passion, pleasure, female beauty and procreation. Whilst most well known in the form of femme fatale or seductress, the Aphrodite archetype can actually embody all forms of love, be it sexual, maternal, companionship or spiritual. She embodies the side of each person that is passionate and emotional, capable of forging lasting partnerships based on mutual love.

Ares, God of War: The Warrior

Greek god of war, often representing the physical and violent aspects of conflict and being seen as the personification of war’s brutal nature. The resulting Area archetype is one of a warrior who lives for combat and takes what he wants by force, the stereotypical man who acts first and thinks later unless it relates to combat strategy.

God of fire, volcanoes, blacksmiths and other artisans, and of sculpture. Hephaestus was thrown out of Olympus by his fellow Gods including his own father Zeus, and so his archetype has come to be known as the orphan, one rejected and undervalued by others in society unable to see their true worth.

Hermes was conductor of the soul into the afterlife, herald of the gods, protector of human heralds, travellers, merchants, and orators. Despite these serious functions he was known for being the most mischievous of the Olympian gods and very clever, hence he also became the herald of thieves. This association has led to him becoming the archetypal fool or jester, mischievous in nature, willing to cross boundaries and good at communicating.

Greek god of wine, vegetation, festivity, pleasure, ritual madness and religious ecstasy who was depicted both as an older God with a beard or as an effeminate, long-haired young man. As a of result of his association with transformation, for example of grape juice into wine, his archetype has in turn become associated with the transformational powers of magic and the manipulative power of the mind and body which magicians can hold.

Greek goddess of wisdom, courage, civilization, law and justice, mathematics, skill, strategy, arts and crafts. She spent her time in the company of philosophers and inventors in the pursuit of knowledge. These qualities mean that the Athenian archetype has become one of the sage, pursuing strategic and wise courses of action based on logic and thought, not being afraid to assert herself in order to achieve her end goals.

Greek goddess of the hunt, the moon, chastity and childbirth. Artemis’s association with hunting has led her becoming the archetypal seeker, embarking on a journey to seek and discover, often preferring their own company over that of society. Like Artemis, this archetype tends towards perfectionism and fears conformity, thus becoming known for their seeking of individuality.

Greek God of healing, medicine, archery, music and poetry, the Sun, justice and the leader of the Muses. As such he was associated with the creative arts and the creation/recreation of nature, thus ensuring that the Apollo archetype has also become the Creator who is associated with imagination, creativity, hard work and self-expression.

According to renowned psychiatrist Carl Jung, the clues to self-realization are to be found in these myths and the archetypes which they have created for us.

Jung sees in such mythological archetypes symbolic elements of many aspects of the workings of human life and in particular the human mind which, when explored and studied, can be of great therapeutic benefit to the individual.

He most certainly did not invent the term of the concept of the archetype.

But he did develop a theory based around archetypes which was innovative and elaborate, giving it a very distinctive meaning which when applied in psychoanalysis has been revolutionary in the therapeutic treatment of countless individuals.