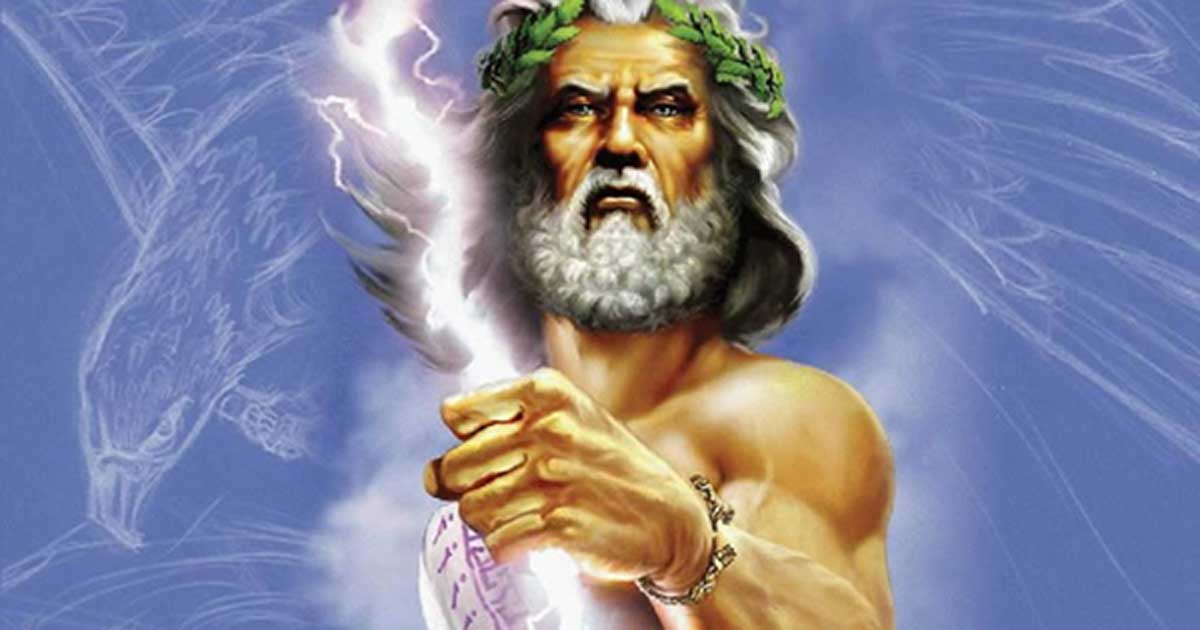 Learn everything you need to know about the Zeus archetype.

Zeus was the King of the Greek gods and ruling over the Greek Olympian pantheon, as well as God specifically of weather, thunder, lightning, sky, law, justice and order.

Zeus was the youngest child of the God Cronus and Goddess Rhea (though sometime traditions hold him to have been their eldest, others required him to have been disgorged from Cronus’s stomach). Zeus’s siblings were Hera, Poseidon, Hades, Demeter and Hestia. Most traditions also have Zeus married to his sister Goddess Hera, with whom he is said to have become father to Ares, Hebe and Hephaestus. In other traditions he is said to have indulged in a variety of sexual dalliances and father many children, including Athena, Aphrodite, Apollo, Artemis, Dionysus, Helen of Troy, Heracles, Hermes, Minos, the Muses, Persephone and Perseus.

Whilst he was the son of Cronus, Zeus sought revenge against his father for injustices against his siblings and mother, going on to defeat and overthrow Cronus and thus gain the control of heaven for himself. When depicted in art Zeus is seen as an older man with a kingly manner, strong but not especially muscular figure and a beard, usually dark in colour. Inherent iconographic traits of Zeus are the royal scepter and a bolt of lightening, and he is often associated symbols such as the bull, the eagle and the oak. Greek artists usually depicted Zeus one of two poses: either standing, striding forward with a thunderbolt held aloft in the right hand, or seated in majestic repose.

Mythology depicts Zeus atop Mount Olympus being dismayed some of the human behaviour he witnessed below in the form of human sacrifice and decadence. As a result of this he was said to have decided to wipe out mankind and thus flooded the world with help from his brother Poseidon. This power over mankind and the weather is a common feature of depictions of Zeus, who is also often depicted as God of the sky throwing lightning bolts as a form of weapon.

The Zeus archetype is one of the leader or ruler. As a result a number of occupations have come to be associated with this archetype, including Kings, landholders, bankers, CEOs, politicians, philosophers, Presidents, priests, scholars, stock brokers and, given Zeus’ role as the God of weather, weathermen are also associated with the archetype.

Those who fit into this archetype are very likely to be in a position of authority, leadership or community service. Generally, the archetypal Zeus exercises good judgement, wisdom and fairness when exerting their authority, acting for the benefit of others rather than just themselves and with a sense of cultural and ethical awareness. However, this is not always the case and the archetype can also be associated with power sought for negative purposes and with tyrannical authority. The controlling aspects of a Zeus, however well intentioned, can also lead to them becoming alienated from those around them, inspiring revolt and anarchy amongst those who do not wish to conform to their strict need for order and the rigid rules which they seek to impose.

The archetypal Zeus also tends to combine an active intellectual mind with a healthy physical body and can be attractive to other individuals. They approve of and encourage creativity in others as long as it does not prove threatening to their own position, so for example where they are in a position of management they may foster the ideas and creativity of their staff but only in so far as they perceive it can benefit and not threaten their own authority. By contrast they themselves have more of a tendency towards the logical and logistical forms of working, with subjects such as Maths, Philosophy, Economics, Business and the Sciences likely to be their preferences over subjects like Art or Literature. Their need for logic and order also inclines them towards tidiness and cleanliness where others prefer chaos.

In Jungian psychoanalysis Zeus, as the ultimate authority, comes closest to embodying Jung’s concept of the archetypal Self (Jung’s term for the Absolute). Jung’s concept of the Self can be defined as the ordering, unifying principle within individuals which guides the process of spiritual development and which individuals can sense when they picture their future self achieving their spiritual potential. In other words, Jung’s ‘Self’ is the God-image which he believes we each hold in our own psyche, representing the fullest extent of the abilities and potential of which we are capable and our highest spiritual value. Jung believes that the self comes from beyond the individual’s own personal powers, deep within our inner nature, and it is this archetype with which Zeus as the ruler is associated.

Contemporary examples of the Zeus archetype can be seen in the likes of Donald Trump, Bill Clinton, the Kennedy family, the Rockefellers and in cultural characterisations such as in the TV shows Dallas and Dynasty, Mad Men and the movie Wolf of Wall Street. Historically people such as Henry VIII might also be said to fit this archetype.

Characteristics of the Zeus archetype

‘Ah how shameless – the way these mortals blame the gods.
From us alone, they say, come all their miseries, yes,
but they themselves, with their own reckless ways,
compound their pains beyond their proper share.’

‘Zeus, first cause, prime mover; for what thing without Zeus is done among mortals?’

‘The dice of Zeus fall ever luckily.’