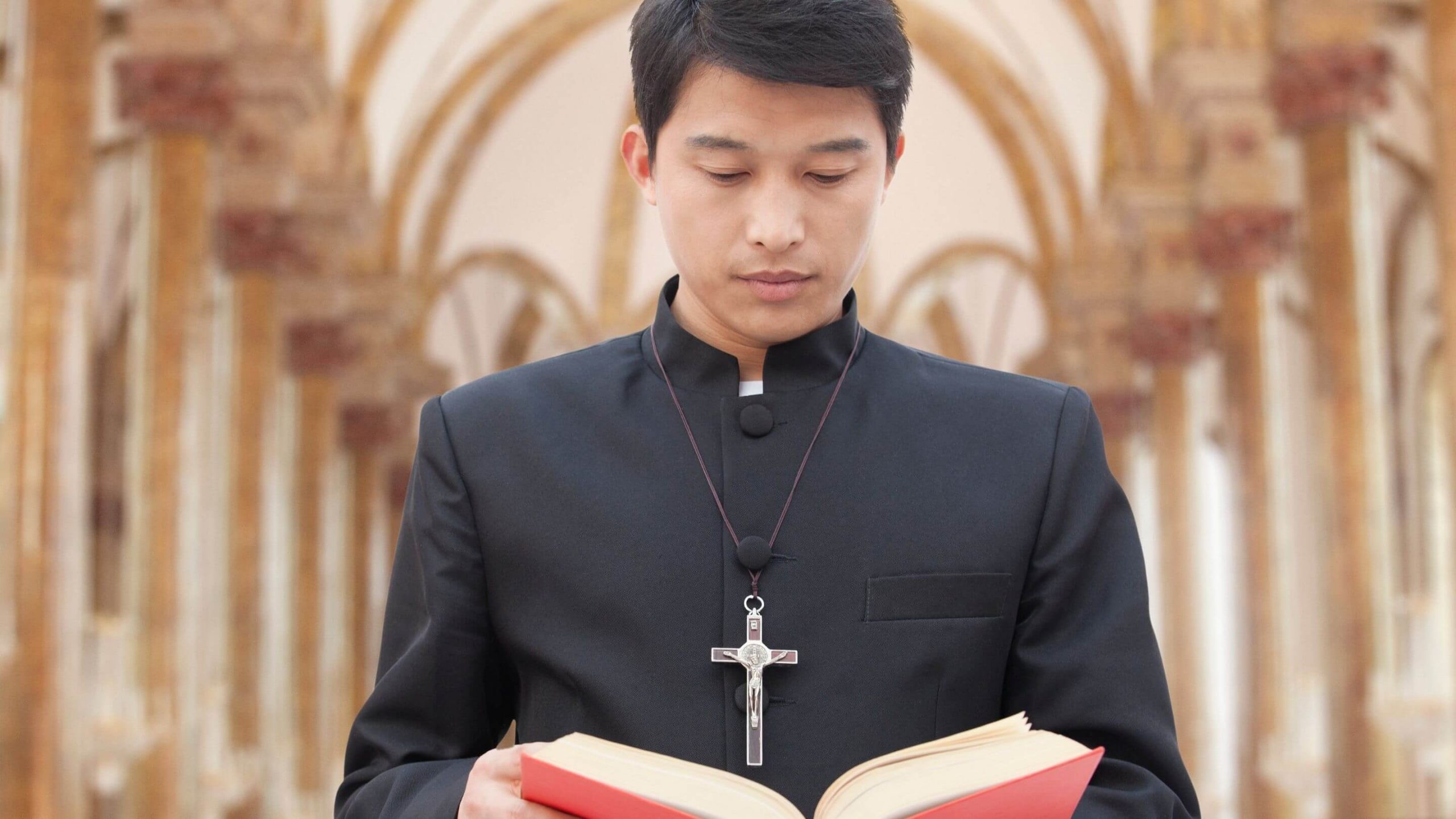 Learn all about the Priest Personality Type including a definition, characteristics, examples and how it relates to archetype personality types.

What is the Priest Personality? (Short Answer)

Priests may be very involved in their church or parish, and feel a strong sense of community.

You may also be drawn to helping others, and feel a deep need to serve.

In addition, you likely have a strong moral compass and are highly principled.

You may be very conscientious and disciplined in your actions.

And finally, you are likely to be extremely compassionate and caring towards others.

Ordination is the ritual that establishes the Priest’s one-of-a-kind role in the community.

It confers the official authority to facilitate the taking of spiritual vows–commitments made to divine authority.

A Priest, Rabbi, Shaman, or Medicine Man who has undergone ordination or a comparable ceremony of initiation has earned the right to act as a conduit for the spiritual energy of others.

Many people who are dedicated to spiritual life, such as monks and nuns, do not assist the exchange of vows and spiritual energy at the ceremonial exchange ceremony.

Priests are also ordained so that they may communicate the holy teachings and ceremonies of each spiritual tradition to the general world.

It is required of the ordained to serve as a living example of the lessons they are entrusted with.

When one is unable to live according to these lessons, the shadow aspect of this archetype is manifested, notably in personal moral failures.

It has always been the most prominent manifestation of this archetype’s shadow to break vows while performing vows on behalf of the community or to use ordained authority to control the people for personal gain.

Shadow Priests have interfered in secular politics in order to consolidate church power, extorted money from people who are in desperate need of food and shelter in order to build larger temples and cathedrals, obstructed the advancement of women’s and gay rights, and misused the people’s trust in order to satisfy their own sexual needs.

There are many different types of Priest personalities. Here are a few of the most common types:

The Priestess Personality is one who is highly spiritual and in tune with the universe.

They are often healers and seers, and are very compassionate.

They are natural born leaders, and often have a strong sense of intuition.

Priestesses are usually very wise, and their advice is greatly valued by others.

Ministers are often natural caregivers who have a desire to help others.

They may be drawn to careers in social work, medicine, or teaching.

Additionally, Ministers tend to be good at problem solving and mediating conflicts.

They often put the needs of others before your own, and have strong communication skills.

Rabbi personality types are often warm and compassionate individuals who enjoy helping others, and  they typically exude a kind and caring nature.

Rabbi is someone who is learned in Torah, and therefore is able to dispense wisdom and guidance.

A Rabbi is also someone who strives for holiness in his or her life, and can be a role model for others.

Their innate understanding of human nature allows them to provide guidance and support to those around them in a way that is both deeply reassuring and soothing.

Evangelists are passionate about their beliefs and feel a strong sense of duty to share their faith with others.

They are often outgoing and enthusiastic, and tend to be very optimistic and positive in their outlook on life.

People with an Evangelist personality type often have a strong desire to make a difference in the world, and they are often active in their community or church.

They usually strongly believe in the power of prayer and the healing potential of forgiveness.

Read on to learn more about the key Priest personality characteristics:

1. Priests strive to improve the world with the vision of the higher good

Priests have an extraordinary ability to disarm people from their concerns, and assist in facing one’s fears with hope and determination.

Priests care deeply about the spiritual development of those they serve, and as a result, they are adept at motivating others to go beyond their own presumptions of what is possible and to embrace life to the fullest.

2. Priests tend to lead in the areas of morality and ethical concerns.

Priests claim the moral high ground, but with that can come self-righteousness and an inflated ego.

With their generally strong sense of purpose in life, they might motivate others to aim for bigger dreams and potentials.

Therefore, because of the constant attention they get, the Priest may become dazzled by their own abilities and become arrogant as a result.

As a consequence, the Priest may come to believe that their choices and opinions are the only ones that are valid (shadow aspect of the Priest).

3. Priests are naturally compassionate, charismatic and draw a congregation to them, even if non-religious

All that priests do is infused with a pulsing dynamism, and their eyes may be aglow with this radiance, lifting the spirits of those around them in an optimistic wave of benevolence.

Compassion is something that priests have in their nature, and it might have the appearance of a loving glow shimmering around their faces.

Priests seem to have a natural capacity to connect with people that no other role can seem to match.

4. Priests inspire their followers to make positive changes in their lives

The Priest’s compassionate and enthusiastic encouragement kindly pushes us to pursue satisfaction and growth in our lives.

Examples of the Priest Personality

Here are some examples of the Priest Personality in popular culture and literature: