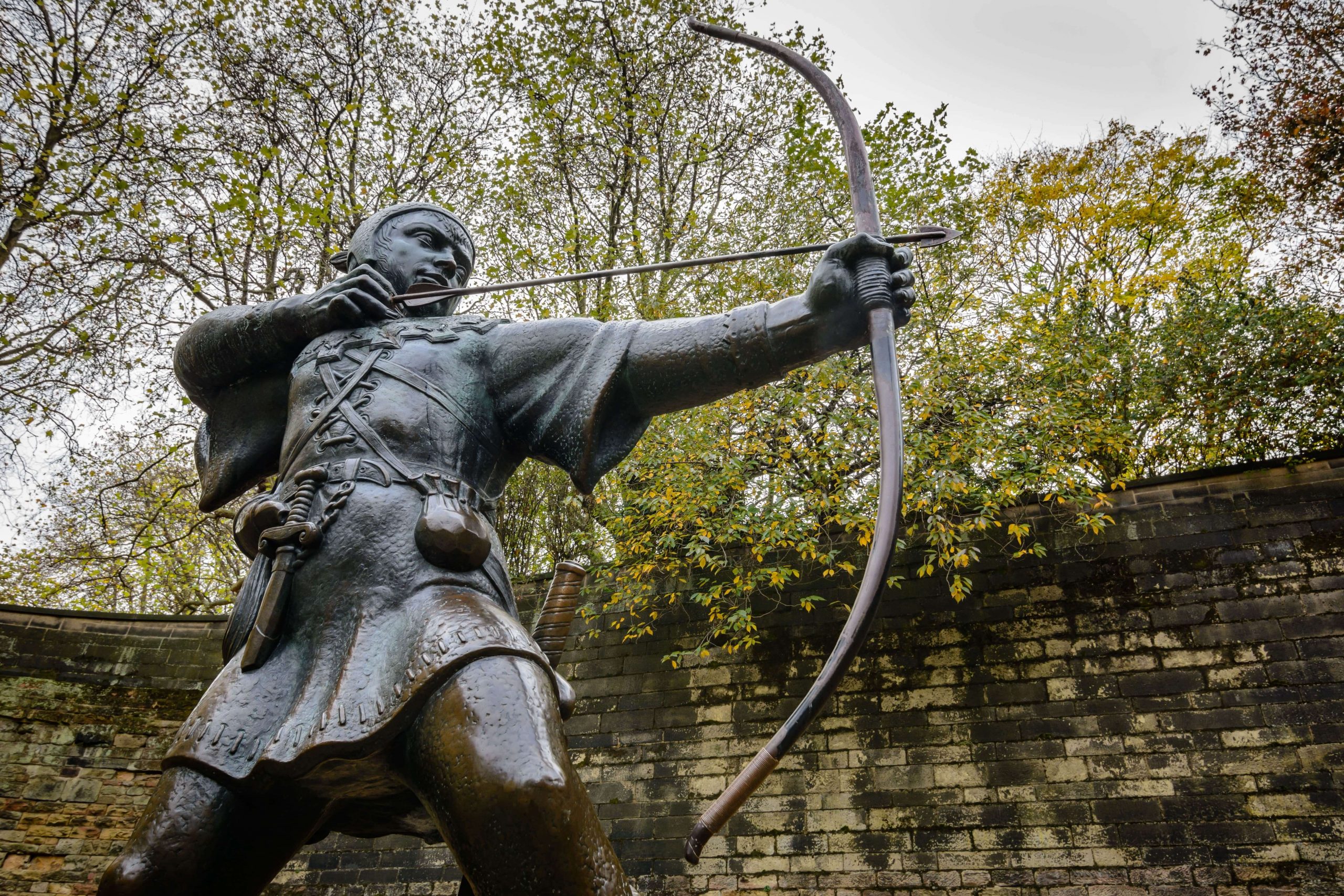 Learn all about the Robin Hood archetype, including definition, characteristics, examples and how it relates to the Rebel archetype.

What is the Robin Hood Archetype?

The Robin Hood archetype is in fact a combination of a number of other archetypes, all brought together into one character and story type now widely recognised in Western culture as the Outlaw Hero.

Robin Hood is a legendary heroic outlaw in English folklore. According to legend, Robin was a highly skilled fighter, archer and swordsman, sometimes depicted as being of noble birth and in others an ordinary man of yeoman class.

Traditionally depicted wearing Lincoln green, Robin’s nemesis was the Sheriff of Nottingham, a man who treated the poor of Northern England with utmost cruelty, inspiring Robin rob from the rich and give to the poor in an effort to rebalance the scales of justice.

What’s the importance of green? (aka colour green symbolism)

The colour green which is commonly associated with the Robin Hood archetype is also symbolic in itself. Green is believed to represent wealth and luck.

Alongside the obvious example of Robin Hood himself another example of the archetype is Argentine revolutionary Che Guevara.

Whilst a medical student Guevara traveled throughout South America and became outraged by the poverty, hunger, and disease he saw, developing a desire to help overturn capitalist exploitation of Latin America by the United States.

He thus became involved in Guatemala’s social reforms and the Cuban revolution, where he was second in command.

Guevara has become a revered figure and perceived martyr due to his efforts on behalf of class struggle and desire to create a society driven by moral rather than material desires.