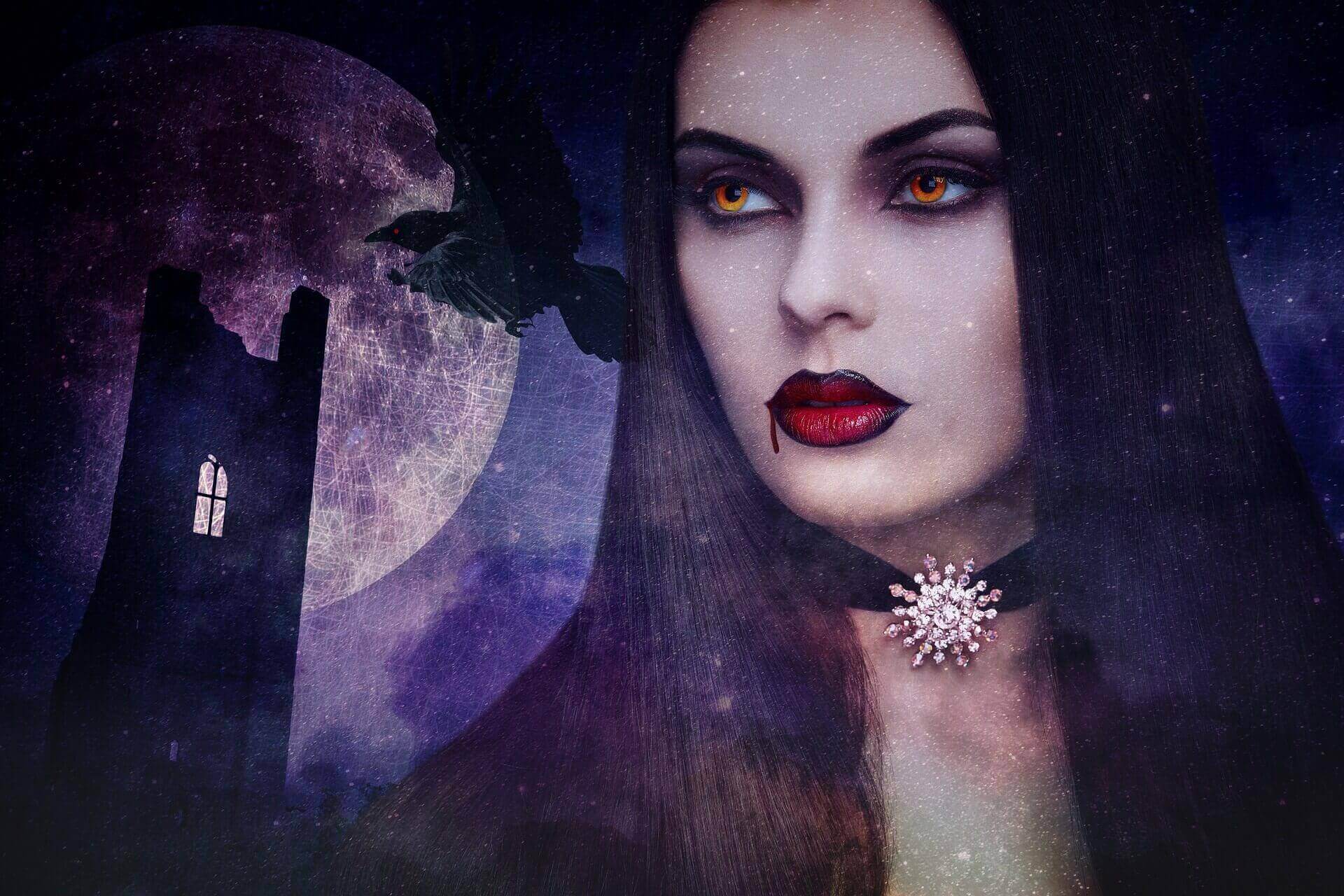 Learn all about the Vampire Personality Type including a definition, characteristics, examples and how it relates to archetype personality types.

What is the Vampire Personality? (Short Answer)

People with the Vampire personality type are often dark, brooding, and mysterious.

They often like to be in control of situations and people, and they enjoy having power over others.

They are usually introverted and can be quite secretive.

They may have a hard time trusting others, and they often keep their feelings and thoughts to themselves.

People with the Vampire personality type are usually quite intelligent and intuitive.

They are often good at seeing through people and reading into their motives.

They can also be quite creative, and they may enjoy writing or playing music.

Historically, the Vampire has been connected with both bloodsucking and sexuality, and he is often shown as such.

In order to survive, vampires must feed on blood, which they get by biting the necks of their victims during nighttime visits.

Every evening, the Vampire returns to his source of life until there is none left.

As the Vampire satisfies his blood-lust, his host becomes more and more helpless and submissive, until he eventually loses any capacity for self-defense.

The parallels between human lust and vampire blood-lust are numerous.

Male-female relationships frequently involve power dynamics where the male drains the female’s power for his own survival as a psychic being and the female submits once bitten, even though this will eventually take all of her power away from her.

Of course, in certain relationships, the roles may easily become reversed.

Outside of the sexual realm, we can form psychic attachments to others out of a desire for their energy.

This desire manifests itself in a variety of ways, including a need for approval, a desire to have the “other” take care of our survival, and a fear of being abandoned.

What has been termed as a co-dependent relationship might easily be classified as a Vampire relationship.

Although it may be difficult for you to identify with the Vampire archetype, it is critical that you do so.

Consistently complaining, being overly reliant, holding onto a relationship emotionally or physically long after it has ended, and engaging in constant power struggles are all signs of Vampire patterns.

In the mental realm, hanging onto someone is just as real as holding onto them in the physical realm.

The Vampire stereotype has re-emerged in recent years, due to a renewed interest in the Vampire personality.

It is possible that the archetypal opening of humanity’s psyche that has occurred over the past five decades has resurrected the Vampire, imbuing it with a psychic force that had not previously been engaged on the psychic plane of consciousness.

Read on to learn more about the key Vampire personality characteristics:

1. They make others feel overwhelmed, defensive, exhausted or even depressed

This person is often overbearing, demanding and can be quite exhausting to be around.

This type of personality is often seen in those who are in positions of power or authority.

They are often very aggressive and can be difficult to work with.

They can be quite defensive and are quick to take things personally.

2. They have strong narcissistic tendencies and a constant hunger for admiration and attention

The Vampire has an inflated sense of self-importance, and is preoccupied with fantasies of unlimited power, brilliance, beauty, or success, often to the point of being hypersensitive to any criticism.

These individuals often have difficulty in relationships and in work settings, as they may come across as bossy or demanding.

They may exhibit arrogant and haughty behaviors.

3. They habitually find fault and criticize others to help them feel superior and in control

Even though they come across as powerful, the Vampire has a lot of self confidence issues, so criticizing others makes them feel better about themselves and like they are in control.

So for them criticizing others can be a way to cope with their own insecurities or feelings of inferiority, and it can also be used as a tool to manipulate and control others.

Either way, it’s not a particularly admirable trait.

4. Mood changes can be rapid and bewildering to others

Their mood swings are on a pendulum and they never stop.

They may lavish praise on you one minute then rage at you the next.

For the people around them it feels like they are walking on eggshells around the Vampire because they never know when something is going to trigger a mood change.

5. They are incapable of dealing with challenges constructively, instead wallowing in self-pity

People with this personality type have a low threshold for stress, and they tend to become overwhelmed and stressed very easily.

People with this personality type have difficulty tolerating anything that disrupts their peace of mind.

People with this personality type are typically very sensitive to stress and can quickly become overwhelmed by any kind of change or disruption.

They may become anxious or irritable, and may lash out at others in an attempt to regain control.

People with this personality type often struggle with problem-solving and decision-making, as they find it difficult to think clearly under pressure.

They may also have difficulty confronting their own shortcomings, which can lead to a lack of self-confidence and a tendency to blame others for problems.

Examples of the Vampire Personality

Here are some examples of the Vampire Personality in popular culture and literature: