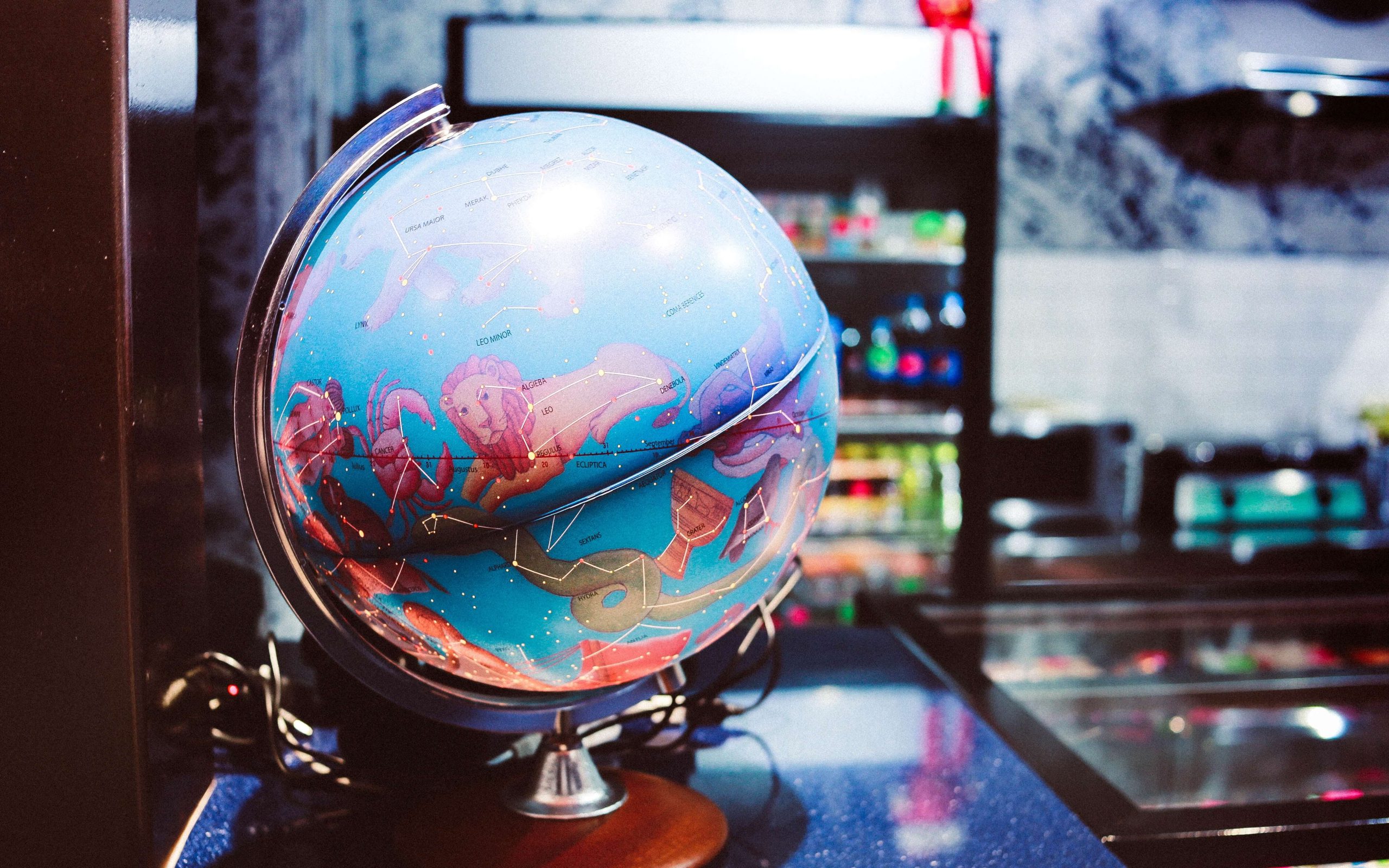 In this article, you will learn everything you need to know about Zodiac archetypes. From definitions of archetypes, some history, and of course, the archetypes found in Astrology.

Astrology is one of the oldest sciences in the world. It not only provides invaluable insight into a person’s personality traits, patterns and priorities but can also help individuals make important decisions about their future.

Astrology is a fascinating study.

For millennia, practitioners have been able to make surprisingly accurate predictions with it.

In the past, astrology was associated almost exclusively with divination and fortune-telling but has evolved into something more than that today.

With each passing year, modern astrologers are finding new ways to use their knowledge of the zodiac and its signs in order to help people gain a greater understanding of themselves and those around them.

What are the Archetypes of the Zodiac?

In astrology, the emphasis is on the element offering a unique look at the underlying characteristics.

With fire, it is all about movement and energy, while earth is focused on the material world, air emphasizes thought, and water is more about emotions.

The element sets the foundation for a Zodiac sign, while the archetype points to how it comes out in the real world.

What is an archetype in astrology?

An astrological archetype (and all archetypes actually) can be seen as a model demonstrating specific human personality traits based on specific mannerisms, responses, and ideas.

It helps reveal a concept of what the element-quality combination is all about. It is something that is seen in ancient Greek societies in the form of “archetupon” or “First-Moulded.”

Here is a look at all of the Zodiac signs along with their archetype.

It is important to note some of these are still disputed. A lot of the nuances associated with these signs are based on the sun and how it travels as the seasons change.

Archetypes of the Zodiac

Check out this list of the different Zodiac archetypes:

Let’s look at each of these in more detail:

Aries is a cardinal fire sign that comes in the heart of the spring equinox where there is a sense of renewal like a Phoenix out of the ashes.

It is about having the strength and courage of a Warrior, which is why it is noted as the archetype for Aries. This is about facing life’s challenges head-on and taking them on one by one without fear whether it is at a young age or later on.

Read more about the Aries Archetype →

Taurus is noted for being a fixed Earth sign. During this time of the year, it is all about sowing the fields, collecting the food, and prepping everything.

This is why Taurus is associated with the Archetype of a Farmer, where the focus is to care for the land and ensure survival is at the forefront of everything. It is about following a rhythm to life and not moving away from it at a whim.

It is about maintaining a set pattern and following it to a tee as a way to remain grounded.

Read more about the Taurus Archetype →

Gemini is a mutable air sign and it is noted for being one that is fast and often easy to miss.

It is always fleeting in its presence and doesn’t take things seriously. It is often associated with the archetype of the Jester, where anything that happens in life is met with a laugh as it is more about enjoying oneself in that moment.

Gemini is about finding laughter and joy in everything as a way to get over those problems that are present in everyone’s life. It is a way to enjoy life.

Read more about the Gemini Archetype →

Cancer is a cardinal water sign where the emphasis is only on the art of feelings and staying happy. This is why the archetype is often associated with the Mother. It is about giving life to the planet, ensuring the crops are ready during the summer, and nurturing every step of the way. It is about offering a source of protection rather than servitude. She leads the way and ensures that is the right way. She is a leader.

Read more about the Cancer Archetype →

Leo is noted as being a static fire sign with the sun as its power source as the summer months fade away.

This is often accompanied by a sense of pride, which is why the zodiac sign works alongside the notion of being a king, royal, while settled on a throne knowing he is special. This is where the sense of pride comes from and it accompanies beauty along with it that turns into sheer self-confidence.

This is what can push one towards some of the world’s greatest accomplishments while also leading to some of the evilest doings too.

Read more about the Leo Archetype →

Virgo is referred to as a mutable Earth sign, which looks to display the intricate nature of material things in one’s surroundings that can be used to survive.

It is a period noted for harvesting, which can be filled with ups and downs based on what nature wills during that time. It also looks at the strength in one’s preparations while preparing for those whims.

Anything that was ignored in the previous days will come to roost now. It demonstrates the importance of looking at everything and always staying prepared for what is to come.

This is why the Craftsman is associated with Virgo, which is all about paying attention to the finer details and ensuring everything has a purpose. It is all about perseverance and skill.

Read more about the Virgo Archetype →

Libra is noted as being a cardinal air sign and one that rules. It is about having a state of mind built around the beauty of logic and principles.

It is about maintaining strong willpower to push one’s conclusions forward regardless of the outcome.

This is why Libra is associated with the Judge as it is important to assert the law and make sure it is respected at all times to avoid mayhem.

It is about having a certain conviction in the theory behind this logic and knowing it will add value to everyone while also welcoming the ability to adapt. It is about being confident and just at all times.

Read more about the Libra Archetype →

Scorpio is noted for being a fixed water sign. It is about showcasing the beauty of water as it stops moving as you get closer to the bottom of the ocean where everything is dark and out of reach.

It is a hidden part of the planet and that mystery is what brings fear. It is a space full of imagination. It almost feels fantastical in how it is.

This is why Scorpio is associated with the Actor as it is all about hidden meanings and looking at the world in a unique way beyond what’s seen at face value.

Read more about the Scorpio Archetype →

Sagittarius is referred to as a mutable fire sign where there is always a spark but it tends to go away just as quickly.

It is about regulating those sudden sparks or flames as they come. It is not one that is static even when it appears.

It is often associated with the Explorer that is always on the lookout for new things and doesn’t appreciate the idea of settling in one spot for too long and doesn’t find peace in this. It is about being independent and unattached from everything because exploration is the way to new things.

Read more about the Sagittarius Archetype →

Capricorn is noted for being a cardinal Earth sign and is all about using the materials of one’s surroundings and making something out of them that is long-lasting.

It is often associated with the Builder, where it is possible to create something out of what’s nearby and using it to your advantage. Capricorns are about emerging out of the winter solstice and amplifying the meaning of living with the help of resources. It is about dedication.

Read more about the Capricorn Archetype →

Aquarius is a fixed air sign and is all about a constant thought that defines everything around it. It is about thinking and opening one’s mind to the rest of the world during those wintry nights.

It is about understanding the world in a new way and that is why it is often associated with the Teacher. It is about learning from what has happened in the past and adapting while passing information onto those around you.

It is about being profound and wise every step of the way. It is not always happy but it is impactful.

Read more about the Aquarius Archetype →

Pisces is noted as being a mutable water sign and is about a stream of emotions. It is about trying to find a sense of inner peace with the hope to stay happy for as long as possible.

It is a feeling that doesn’t always sustain itself because that is not the sign’s nature.

It is more about chasing that feeling and trying to accomplish new things, which is why it is associated with the Martyr where there’s a constant struggle with a long list of sacrifices along the way. It is this devotion that is steady.

Read more about the Pisces Archetype →

Idea of Archetypes in the Zodiac

All twelve Zodiac signs are unique when it comes to their intricate details, yet all focus on a single element and a specific quality.

Since the times of Ancient Greek, there has been an emphasis on elemental powers and it is something that has been noted in several other cultures. It is these universal elements – fire, water, earth, and air.

Greek philosophers have often noted these as being the fundamental elements that are the core of what the planet is made of.

Western astrology takes its roots from these philosophies and traditions.

All of the twelve Zodiac signs are attached to one of the elements. Each sign has a quality – fixed, cardinal, or mutable.

Even when the signs belong to the same element, they differ when it comes to the underlying quality. Cardinal is noted as being a leading quality while mutable is associated with being a follower. The fixed quality is neutral.

Keeping this in mind, each Zodiac sign offers a special set of element and quality, which is what provides a better understanding of what it’s all about.

An astrological chart is a map of the sky at any given moment. It can be used to predict things like when you’ll get married, have kids, or die.

Astrology has been around for thousands of years and was one of the first sciences ever studied. 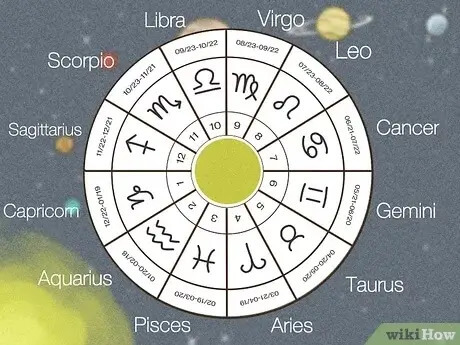 Why use an astrological chart?