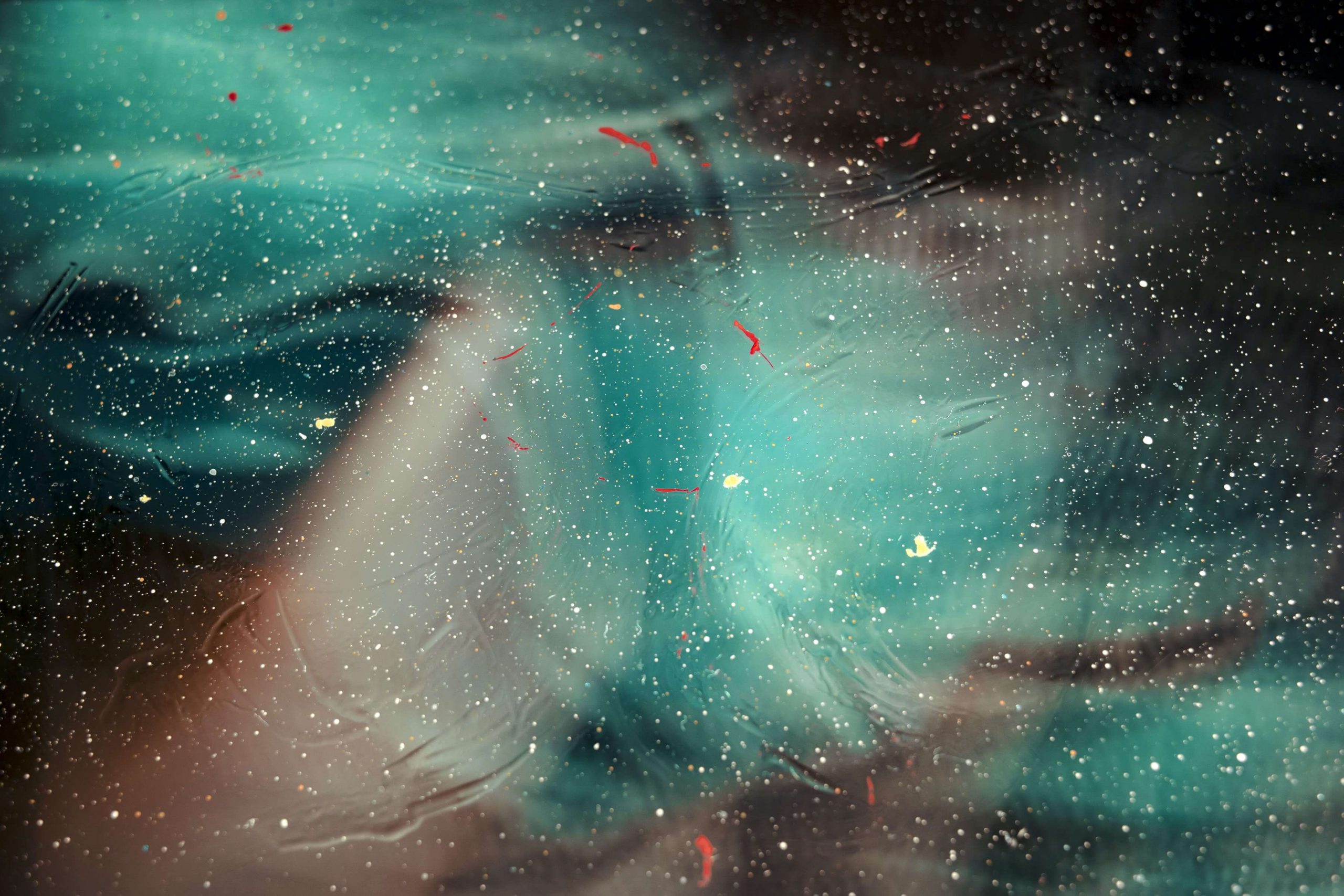 Here at Know Your Archetypes, we find any research around personality traits fascinating. If you are the same, check out Emily Grijalva’s research below:

Emily J. Grijalva is a fifth year Ph.D. student in Industrial-Organizational Psychology at the University of Illinois Urbana-Champaign. Emily works primarily with Daniel A. Newman and Brent W. Roberts researching the impact of aberrant personality traits and leadership.

My research focuses on two main organizational behavior topics: (a) the impact of Narcissistic personality traits in the workplace, and (b) leadership. A theme throughout my research is the importance of applying advanced research methods to further scientific inquiry. My preferred methods include multilevel design, meta-analysis, and advanced measurement techniques. I elaborate on each of my areas of interest below.

One stream of my Narcissism research seeks to address core theoretical and/or methodological issues relevant to the development of Narcissism in adult populations. To these ends, I have investigated whether Narcissism levels have been increasing in American college students over the past few decades (Roberts, Edmonds, & Grijalva, 2010). Initially, researchers used meta-analytic techniques to compile Narcissism scores by year and found that Narcissism had increased from the 1980s to 2006, leading them to identify a population subgroup labeled “generation me” (Twenge, Konrath, Foster, Campbell, & Bushman, 2008). However, following the publication of this meta-analysis, researchers produced new, large datasets that showed little to no increase in Narcissism between 1996 and 2006 (Trzesniewski, Donnellan, & Robins, 2008). The discrepancy devolved into a series of articles in which each camp continued to advocate their own position (Donnellan, Trzesniewski, & Robins, 2009; Twenge & Foster, 2008).

My research contributed to the resolution of this debate in two ways. First, rather than spend more time discussing the features of the original meta-analysis and/or of the new primary data, my coauthors and I performed a meta-analysis that folded the new primary data into the original meta-analysis. The combined results showed that undergraduates’ Narcissism scores had not increased over the past few decades, but remained relatively stable across time. The second contribution was to consider the impact of developmental changes in Narcissism. Young adulthood marks a uniquely self-centered time period in individuals’ lives, with increased freedom, yet without the increased responsibility that comes later in life. Indeed, past research has found that Narcissism decreases as individuals’ age (Foster, Twenge, & Campbell, 2003). My coauthors and I replicated this finding and also showed that undergraduates have higher Narcissism scores than their parents and grandparents. Older generations are thus correct to think that younger generations are more Narcissistic, but should attribute this difference to a developmental stage, rather than a generational shift in Narcissism levels.

A second project examines gender differences in the development of Narcissism (Grijalva, Newman, Tay, & Harms, in progress). Evidence indicates that males tend to be more Narcissistic than females (Tschanz, Morf, & Turner, 1998; Twenge, Konrath, Foster, Campbell, & Bushman, 2008), but it has also been suggested that a recent cultural shift in gender roles may have led to changes in women’s personalities (e.g., females scoring higher on agentic traits such as assertiveness and dominance; Twenge, 1997, 2001). Thus, there may have been a reduction or disappearance of the Narcissism gender difference (Twenge, 2009). First, I used meta-analytic methods to aggregate the existing literature and found that, on average, men scored higher on Narcissism (d = .24, k = 41), and that this gender difference has not decreased between 1989 and 2012. In addition, the question arises whether gender differences are due to true subgroup differences, as opposed to gender-based measurement nonequivalence. Measurement nonequivalence occurs when individuals with identical levels of Narcissism, but of opposite gender, receive different Narcissism scores due to divergent frames of reference associated with their gender group membership (i.e., test bias; Drasgow, 1982; Vandenberg & Lance, 2000). Specifically, my coauthors and I performed measurement equivalence analyses on the recently developed Ackerman et al. (2011) Narcissistic Personality Inventory (NPI) subscales: grandiosity/exhibitionism, entitlement/exploitativeness, and leadership/authority. These analyses showed that the subscales exhibited measurement equivalence across gender. Therefore, observed gender differences on the NPI can be meaningfully interpreted as true male-female differences in the latent Narcissism constructs. I am also beginning work on a longitudinal study in which Narcissism has been measured repeatedly over several decades. This in progress study involves following up with a sample of undergraduates from the 1990s for whom Narcissism has already been measured at multiple time points (Grijalva, Roberts, & Robins, in progress). A longitudinal study will hopefully provide answers to organizationally relevant questions such as: (a) how does heightened Narcissism affect individuals’ career trajectories?, (b) are Narcissists more likely to emerge as leaders in an organizational context?, (c) are Narcissists more likely to work in certain types of jobs or industries?, and (d) does career success lead to increased Narcissism?

Leadership has been described as a social process wherein individuals influence the thoughts, feelings, and behaviors of others to collectively accomplish organizational goals (Yukl, 2010). Narcissism is associated with characteristics that enhance the social influence process, such as self-confidence, social dominance, and extraversion (Harms, Roberts, & Wood, 2007); characteristics that are also positive predictors of leader emergence and perceived leader effectiveness (Ensari, Riggio, Christian, & Carstaw, 2011; Judge, Bono, Ilies, & Gerhardt, 2002). At the same time, it has been argued that Narcissists are more likely to be abusive or destructive leaders because of their arrogant, exploitative, and self-centered tendencies (Rosenthal & Pittinsky, 2006). Past empirical studies relating Narcissism to leadership have offered mixed results with some studies indicating a negative relationship and some studies indicating a positive relationship.

My dissertation (and a manuscript currently under review at PPsych; Grijalva, Harms, Newman, & Gaddis) investigates several potential explanations for the observed inconsistencies in the Narcissism-leadership relationship. First, whereas Narcissists generally make a positive first impression, as others preliminarily perceive them to be charming and self-confident; over time more negative qualities emerge (such as arrogance) to damage Narcissists’ relationships (Back, Schmukle, & Egloff, 2010; Paulhus, 1998). Therefore, my coauthors and I separately examine Narcissists’ ability to obtain leadership roles (leadership emergence) and how well they perform in leadership roles (leadership effectiveness). Second, my coauthors and I examine the role that different rater perspectives (e.g., self, subordinate, peer and supervisor) play on the strength and direction of leadership effectiveness ratings. Finally, researchers have further suggested that inconsistencies across past findings may be the result of inappropriately assuming that the relationship between Narcissism and leadership is linear (Benson & Campbell, 2007). Instead, the relationship between Narcissism and leadership effectiveness may be curvilinear (a non-monotonic, inverted U shape). Leaders with very low levels of Narcissism may be too insecure or hesitant to make decisions and unable to convince followers that they are worthy of being followed. At the other extreme, with very high levels of Narcissism, leaders may be so overconfident that they become immune to others’ feedback and needs. Specifically, my coauthors and I predicted that leaders would be more effective when they had moderate levels of Narcissism instead of very high or very low levels.

Finally, in a review paper of the organizational Narcissism literature, my coauthor and I focus on future directions for organizational Narcissism research and highlight how Narcissism research can be integrated with outside disciplines, such as strategic management, international business, and social issues in management (Grijalva & Harms, in press). A theme running throughout the paper is that Narcissism is a mixed blessing – a complex trait that comprises both positive and negative elements.