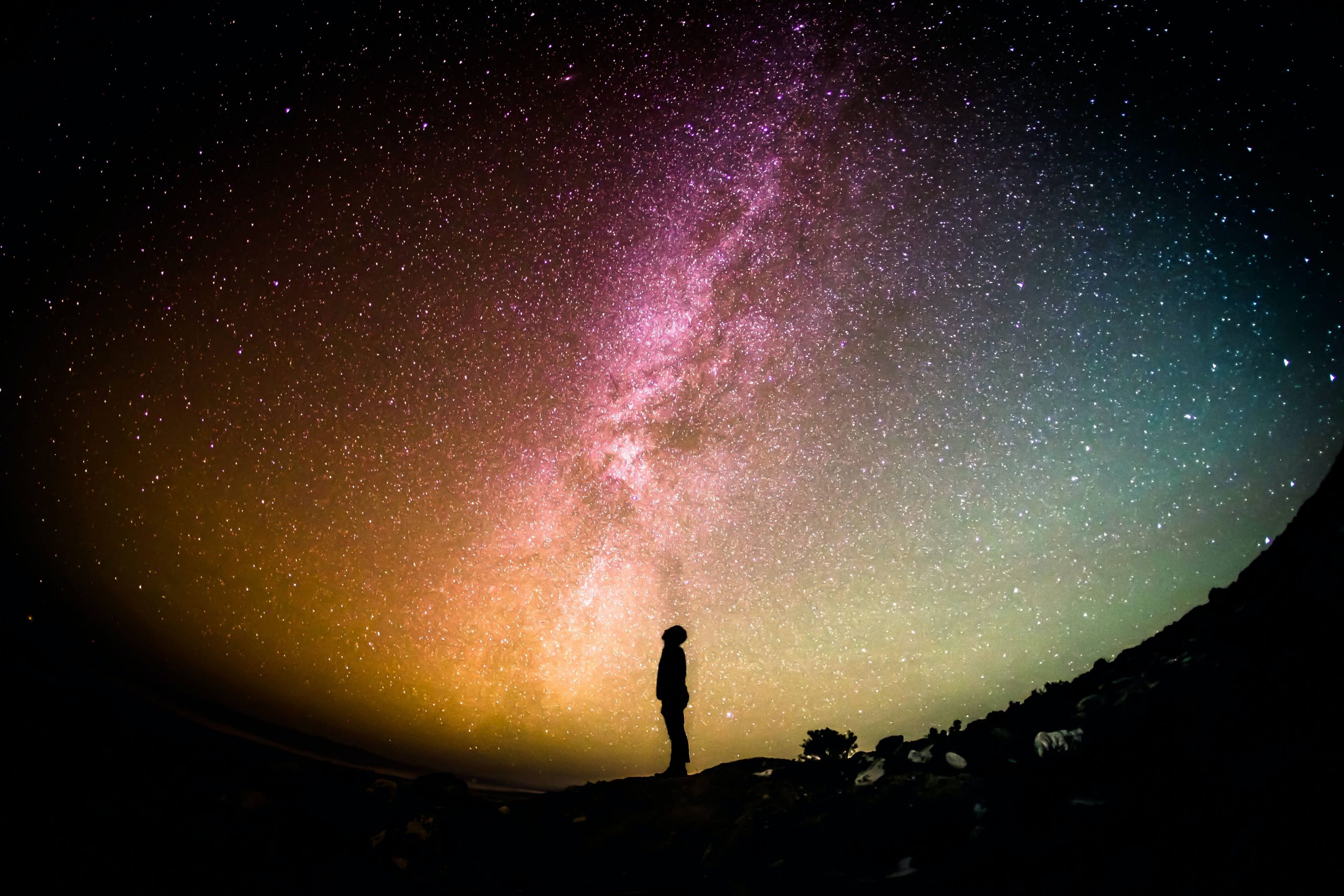 The concept of archetype appears in many areas including to behaviour, historical psychological theory, literary analysis and even popular culture like movies.

Lots of people from a wide range of professions have industries have discussed archetypes. And that’s what we have here: a collection of their quotes.

You can check out a whole bunch of quotes that relate to specific archetypes here:

Or, you can checkout this list of general archetype quotes below:

All the most powerful ideas in history go back to archetypes.

If you know your archetypes – and not just yours, if you know how to perceive the world in archetypes, through archetypes – everything changes. Everything. Because you have two things: you can see through one eye which is impersonal, and through the other, which is personal. That’s the way the game is written down here.

Comics deal with fundamental archetypes. We’ve been called the myth-makers of the modern age.

The psyche is the inward experience of the human body, which is essentially the same in all human beings, with the same organs, the same instincts, the same impulses, the same conflicts, the same fears. Out of this common ground have come what Jung has called the archetypes, which are the common ideas of myths.

I feel all of the archetypes in Silicon Valley probably exist in some other form in other subcultures.

We all recall the cruel stepmother in fairy tales. That archetype is often a necessary element in a fairy tale so that the heroine/hero can become a person of character and power. Stories of heroes and heroines often begin with a wound or loss or injustice and end with heroic acts of restoration.

A lot of names in America and Europe have their roots in Latin and Greek words. A lot of them go back to archetypes and their stories.

New media are new archetypes, at first disguised as degradations of older media.

I think the actor has a tribal role as the archetypal story teller. I think there was a time when the storyteller, the priest, the healer, were all one person in one body. That person used to weave stories at night around a small fire to keep the tribe from being terrified that sun had gone down.

Geometry is the archetype of the beauty of the world.

There is something about my aura or essence, or whatever, that draws the ex-wife characters to me. I don’t seek them out, but people tend to think of me for that particular archetype, or whatever you want to call it, and I don’t mind it. I think there is a strength to it.

Learn the true topography; the monstrous and wonderful archetypes are not inside you, not inside your consciousness; you are inside them, trapped and howling to get out.

Archetypes are universal, and, in subtle or extravagant ways, interchangeable.

Science fiction, because it ventures into no man’s lands, tends to meet some of the requirements posed by Jung in his explorations of archetypes, myth structures and self-understanding. It may be that the primary attraction of science fiction is that it helps us understand what it means to be human.

I don’t really think that very much is interesting about the superhero as an archetype.

To the Maker the archetype, the self-sustainer, human interaction is usually a waste of the most precious thing in his vital existance: time.

Some tropes are universal. Boy meets girl. Betrayal and revenge. The search to discover a hidden truth…. A mother’s love isn’t cliché, it’s universal. These things are archetypes. They’re the building blocks of myth and legend. They are a big part about what it means to be human.

The American who has been confined, in his own country, to the sight of buildings designed after foreign models, is surprised on entering York Minster or St. Peter’s at Rome, by the feeling that these structures are imitations also,–faint copies of an invisible archetype.

The exercise of letters is sometimes linked to the ambition to construct an absolute book, a book of books that includes the others like a Platonic archetype, an object whose virtues are not diminished by the passage of time.

Whoever has the desire to pursue philosophy correctly should look to Nature’s Archetype in every matter, so that by taking up Ariadne’s thread in her intricate labyrinth he may keep himself safe and secure from wrong turns and deviant paths.

You have to be able to connect to the world of archetypes. That is not so easy, and most people in the West have no clue, that that is necessary, because they have no clue of what that means. They see the image, they see Buddha here, but they don’t see what the image represents. Its one thing to see with this physical eyes, it’s another thing to see with this spiritual eye.

The Gods and Goddesses of myth, legend and fairy tale represent archetypes, real potencies and potentialities deep within the psyche, which, when allowed to flower permit us to be more fully human

Go back to The October Palace, which came out in 1994, and there are poems with windows, doors, the rooms of the gorgeous and vanishing palace that is this ordinary world and ordinary life. Jungian archetype would say the house is a figure for the experienced, experiencing self.

The way I sometimes approach my work, when I look at a script for the first time, is to identify what the archetypes are and what the writing is trying to do in that context.

I think vampires are a timeless powerful archetype that can tap into people’s psyches.

There’s a wide spectrum between a Navy SEAL hero-killer and a traumatized victim, but those are the archetypes – hashed and rehashed in the media, in popular culture, in the minds of people with a lot of preconceived notions but not much else.

Thrillers rely on certain archetypes and our familiarity with them is quietly driving all of the tension. So it becomes an interesting challenge from the score perspective, to enhance that tension without being noticed, just like those archetypes.

In archetypes, there is the Nurturer and the Warrior. Different kinds of strengths that, ideally, complement each other and are equally respected.

You have to think of your brand as a kind of myth. A myth is a compelling story that is archetypal, if you know the teachings of Carl Jung. It has to have emotional content and all the themes of a great story: mystery, magic, adventure, intrigue, conflicts, contradiction, paradox.

The motif of death plays an important role the human psyche in connection with archetypal and karmic material.

All stories boil down to good vs. evil, and that’s what the archetypal American Western was.

Robin Hood is often seen as the hands-on-hips, archetypal, tally-ho hero. But, realistically, the one calling the shots wouldn’t be at the front shouting about it. He’d be the one you don’t expect.

The librarian, the warrior, the free spirit… archetypes are a great jumping off point to help clarify where we want to go with a character.

We women, when we’re searching for a meaning to our lives or for the path of knowledge, always identify with one of four classic archetypes.

It is also possible for the unconscious or an archetype to take complete possession of a man and to determine his fate down to the smallest detail.

By setting up a universe which tends to hold everything we do, see, and say in the sway of its cosmos, an archetype is best comparable with a God

The librarian, the warrior, the free spirit… archetypes are a great jumping off point to help clarify where we want to go with a character.

Now, I’m not even saying that girls shouldn’t have princesses in their lives, the archetype in and of itself is not innately wrong, but there should be more options to choose from. So that was my intent, to demonstrate how ridiculous it is to paint an entire gender of heroes with one superficial brush.

History has been male and the future is female. Leaning on women as a body and the female archetype, and not just women but men – we’re asking men to dig deep and deconstruct their seat of privilege. Because this is an emergency. We’re in threat of losing our homes, the future of our future generations, and the biological paradise that we’re apart of. It’s in the interest of all people that we lean on the feminine archetype in our movement forward.

Mexico was conquered more by manipulation of myth and archetype.

The characters are, by their nature, archetypes that can serve different metaphors.

Not even girls want to be girls so long as our feminine archetype lacks force, strength, and power.

Between the theme parks and the movies, the Disney iconography was probably the first set of archetypes that I was exposed to. Walt was able to expose me as a child to the full array of emotions, including fear and sorrow. Those movies and attractions haunted my dreams and made a deep impression on me as a child.

In a few decades of reconstruction, even the mathematical natural sciences, the ancient archetypes of theoretical perfection, have changed habit completely!

We live with our archetypes, but can we live in them?

We like our archetypes and heroes to be what they are at face value. And life doesn’t work out like that.

Steve McQueen was from a time when you didn’t know every little dirty thing about our public figures. He and James Dean were very mysterious, archetypal American heroes.

Star-crossed lovers who have a destiny that isn’t necessarily going to work in their favor – that’s a universal story; that’s an archetypal story.

A film that I love is ‘Deliverance’ from back in the day. You start out with these archetypal characters – the hero, the bookworm, the pacifist – and by the end, it’s all turned upside down. I love that.

Archetype vs Stereotype
12 Best Character Archetype Examples in Movies & TV
Why are Archetypes Important?
What Are Archetypes in Literature?
Discover Your Personality Type Today →