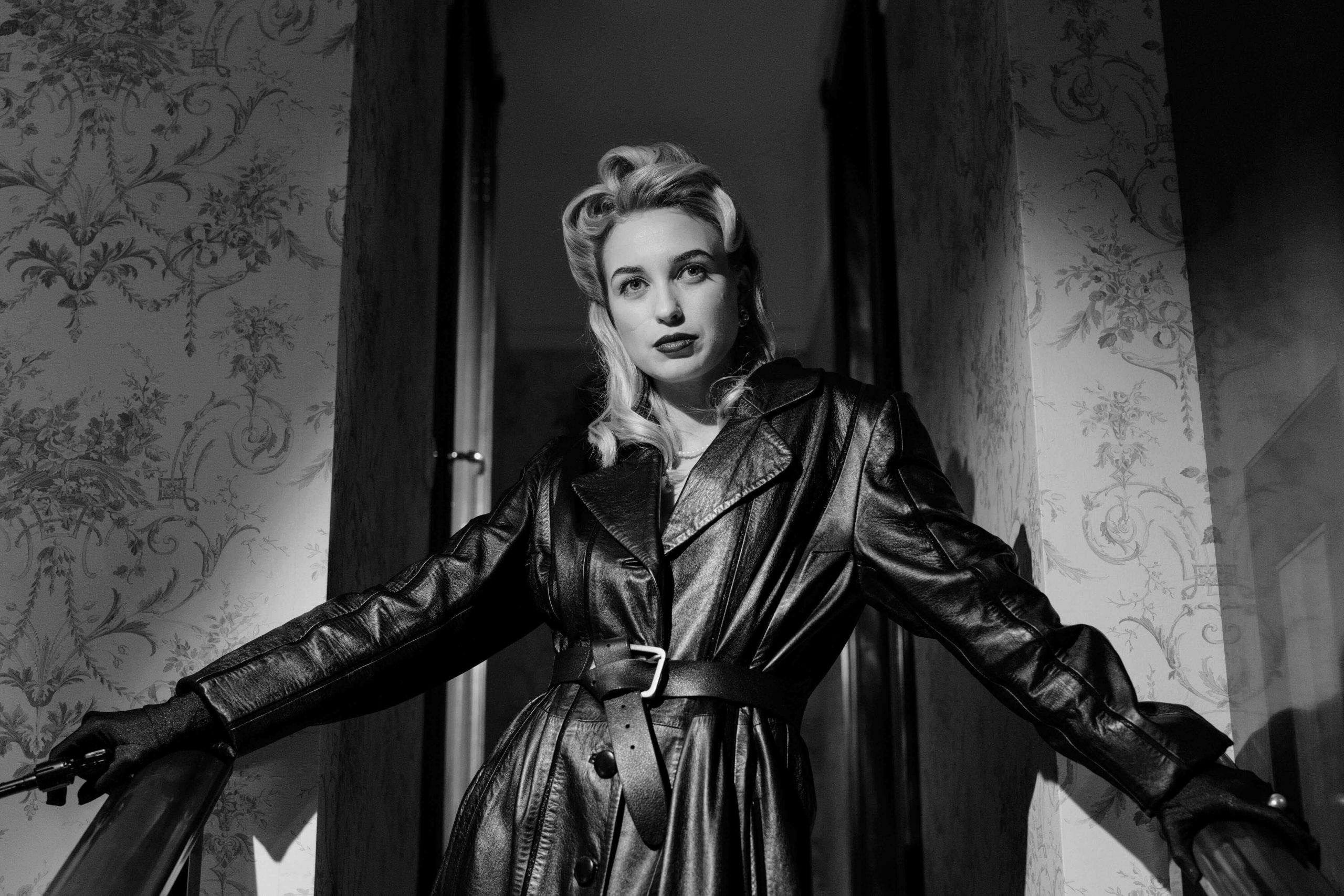 Learn all about the Femme Fatale Personality Type including a definition, characteristics, examples and how it relates to archetype personality types.

What is the Femme Fatale Personality? (Short Answer)

The Femme Fatale personality is the embodiment of temptation, mystery, and power.

This type of woman is often seen as a dangerous seductress who knows how to get what she wants.

She is confident and in control, and knows how to use her charms to get what she wants.

The Femme Fatale is not afraid to take risks, and this can be both a good and a bad thing.

Her impulsiveness may lead her into situations that are beyond her control.

The Femme Fatale is always aware of her effect on others, and uses her sexuality as a weapon

Don Juan’s female counterpart sometimes adds the twist of murdering her conquests as a demonstration of her dominance, thereby inverting traditional sexual stereotypes.

The Femme Fatale, like Don Juan, symbolizes a woman’s ability to manipulate men without putting herself at risk.

An archetype known as the “Femme Fatale” is both a sex and a financial archetype.

In this archetype, seducing men with money and power is a classic part, but the Femme Fatale isn’t looking for a suburban home or the pleasures of family life.

As with the Don Juan archetype, the positive aspect of this pattern is the opening of the heart, which frequently occurs when the male object rejects the Femme Fatale’s manipulations and dependence, as Rhett Butler does at the end of Gone with the Wind with Scarlett O’Hara.

There are many different types of Femme Fatale personalities. Here are a few of the most common types:

The Black Widow personality refers to a person who is highly intelligent and manipulative.

They are usually charming and persuasive, and can easily get what they want from others.

They may be involved in criminal activities or other illicit activities.

These individuals often have a dark and mysterious side, which can be both intriguing and dangerous.

The flirt personality trait is someone who loves to have fun and enjoys being around others.

They are typically very social people and love to be the life of the party.

They are always looking for ways to make others laugh and enjoy themselves.

Flirts are usually very positive people and see the best in everyone.

They tend to be believers in the saying “live and let live” – they believe that everyone should just be happy and enjoy life.

They can be very charming and know just how to make others feel good about themselves.

Flirts can sometimes come across as being a bit too over-the-top or dramatic, but that’s just their way of having fun! At the end of the day, they just want everyone

The Siren personality is someone who is very charming and charismatic.

They know how to make people feel good and they use this ability to manipulate others.

They are often very selfish and only care about themselves.

They are also often very promiscuous and can be very addictive personalities.

The name Circe comes from Greek mythology and refers to an enchantment-working goddess.

People with the Circe personality type are creative, introspective, and expressive.

They often have a strong interest in art, music, or literature.

Circe types are typically gentle and compassionate people who strive for harmonious relationships.

They usually prefer to avoid conflict and may have difficulty assertiveness and standing up for themselves.

However, they are often very insightful people who can offer deep insights into other people’s lives and situations.

If you know someone with the Circe personality type, you probably know someone who is deeply thoughtful and talented in some way.

This type of person is often seen as being very self-assured and always ready to take charge – they know what they want and they go after it without apology.

While some might view the seductress as being manipulative or even using their sexuality to get what they want, there’s actually a lot more to this personality type than meets the eye.

Yes, seductresses are often very confident and may use their charms to get what they desire, but they are also usually intelligent, insightful, and can be quite compassionate when they want

The Enchantress Personality is a woman who possesses qualities that men find irresistible.

She is usually attractive, confident, and knows how to dress to flatter her figure.

The Enchantress is also charming, vivacious, and flirtatious.

She knows how to make a man feel special and enjoys making him feel like the only man in the room.

The Enchantress is often very successful with men and has no trouble attracting them.

She loves the attention and enjoys being adored.

The Enchantress is also playful and fun-loving, which makes her a great companion.

Men flock to her because she is exciting and always keeps things interesting.

Read on to learn more about the key Femme Fatale personality characteristics:

Today, a femme fatale is typically portrayed as a strong single woman who defies gender norms by portraying herself as the “boss bitch,” the “Instagram baddie,” or some variation of these.

Third-wave radical feminism has twisted the notion of a strong woman to signify an outright rejection of femininity.

As a result, the contemporary femme fatale is more prone to exhibit self-destructive behaviors that are often associated with men, such as promiscuity, violence, and alcohol misuse.

In order to be strong, women do not have to abandon their femininity or become detrimental to themselves.

The femme fatale is, in fact, a fitting emblem for the enigmatic force of femininity, the and the ultimate metaphor for the absolute potential and darker side of feminine power.

Female fatales are neither male nor self-destructive.

Carl Jung’s “Great Mother” and “Terrible Mother” are the two extremes that she falls somewhere in the middle of.

She reminds us that what creates also has the capacity to destroy.

3. She is unapologetically confident

Her demeanor isn’t harsh or threatening.

Her confidence radiates from her.

When it comes to her goals and ambitions, she is well-versed in her own abilities and has a plan in place for achieving them.

A Famme fatale can be very charming and persuasive when they need to be, but can also be quite ruthless and cold when it comes to getting what they want.

They are often good at reading people and playing on their emotions in order to get them to do what they want.

They are usually very good at hiding their true intentions and motives, and can be very convincing when they want to be.

They are often expert liars and manipulators, and can be very convincing in their arguments.

They will do whatever it takes to get what they want, even if it means harming or taking advantage of others.

A Famme fatale tends to be intense, enthusiastic, and even overwhelming at times.

They may also be quick to anger or become sad.

They feel things deeply and passionately, which can make them both wonderful friends and powerful enemies.

They are truly alive and feel everything deeply.

Examples of the Femme Fatale Personality

Here are some examples of the Femme Fatale Personality in popular culture and literature: