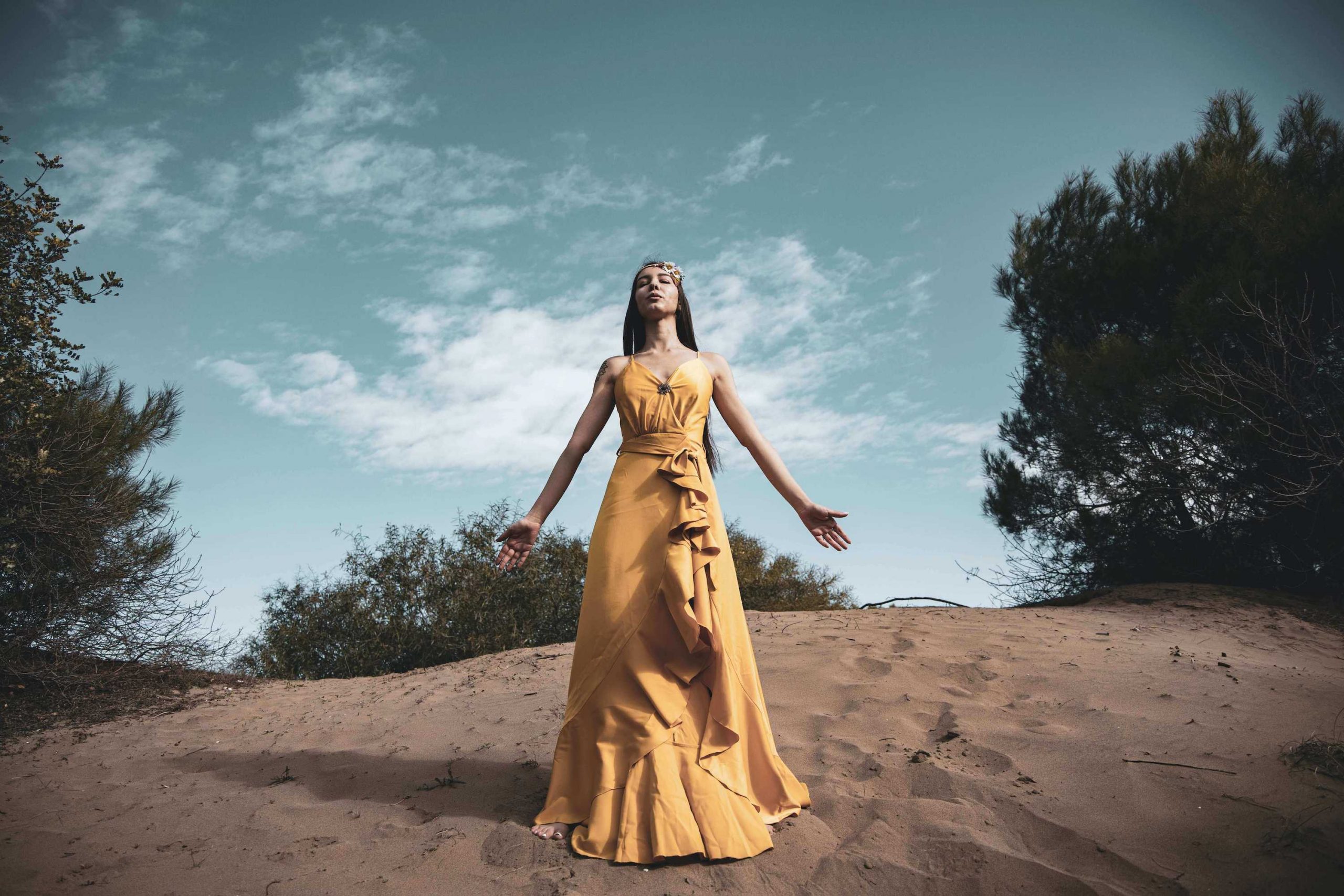 Learn all about the Goddess Personality Type including a definition, characteristics, examples and how it relates to archetype personality types.

What is the Goddess Personality? (Short Answer)

Goddess personalities are inspired by the divine feminine, and they embody qualities such as unconditional love, nurturing, compassion, kindness, and intuitive wisdom.

Goddess personality types are often empathic and highly sensitive to the feelings of others.

They have a natural ability to read energy and to sense what is needed in any situation.

They are often called “ connectors” because of their gift for bringing people together in harmonious ways.

Goddess personalities typically have a strong desire to help others and to make a difference in the world.

They tend to be creative and expressive, preferring artsy or holistic endeavors over more conventional careers.

They are also often drawn to healing work of one kind or another.

According to some archaeologists, Goddess worship may be the world’s oldest religious practice, dating back as far as 30,000 years or more.

Worshiping the archetype of woman as the Source of all life was very natural, particularly during the period prior to the time when male warriors replaced Her with their combative sky gods.

Modern movie goddesses such as Marilyn Monroe and Jayne Mansfield continue to be revered for their fertility and sexy traits, based on the portrayal of the Goddess in ancient monuments.

Women might be inspired by the Goddess, who represents knowledge, direction, beauty, athleticism, and sexuality.

The goddesses of various spiritual traditions awaken this aspect in us:

The exploration of feminine power, particularly the exploitation or over-indulgence of movie stars and fashion models, gives rise to the Goddess’s shadow side.

It’s important to go back on your life’s experiences to determine whether or not a goddess figure is a prominent archetype for you.

A warrior lady as well as the “powerful woman behind the throne,” Athena is both.

Neo-mythic heroines like Xena the Warrior Princess and Buffy the Vampire Slayer–attractive women who are also powerful and capable–show us this power once again today.

Women that place a high value on their sexuality tend to have a lot of Venus (Aphrodite) energy flowing through them.

Take a look at the Roman/Greek pantheon for some of the most well-known goddesses and see how much of your own personality can be found in their characteristics:

There are many different types of Goddess personalities. Here are a few of the most common types:

Heroine personality type is typically that of a strong and independent woman.

She’s usually virtuous, honest and always stands up for what she believes in no matter what the cost.

Heroines are often called upon to save others or their own particular situation and they always rise to the occasion.

When it comes to love, a heroine will usually choose her partner based on how he makes her feel rather than anything else.

Heroines are fierce defenders of those they love and will go to great lengths to protect them.

They’re also loyal friends and always there for anyone who needs them.

In short, a heroine is someone you can always count on no matter what life throws at you.

Read on to learn more about the key Goddess personality characteristics:

People who are caring are kind, nurturing, and compassionate.

They have a strong desire to help others and make them feel comfortable and happy.

They often go above and beyond for the people they care about, and can be very protective of them.

People with a caring personality are usually very good listeners, and they are always there for their loved ones when they need them.

The Goddess is innovative, and always looking for new ways to express herself.

She is often passion driven and has a strong need for self-expression.

Creative personality types are often very ambitious and strive to be the best at whatever they do.

They may also have a strong sense of intuition and a highly developed imagination.

The Goddess tends to wear their heart on their sleeve, making them incredibly honest people.

The passionate personalities are usually characterized by their strong emotions and intense feelings.

They are often very creative and expressive, and can be very enthusiastic about the things they care about.

Passionate people can also have a strong sense of justice, and can be very convincing when they believe in something.

On the downside, passionate people can also be quite impulsive and quick tempered, and may have trouble controlling their emotions at times.

4. She relies on her intuition

The Goddess trusts her gut feeling and intuition over logic and reason.

She is not as focused on details as other people, and is more interested in the big picture.

Intuitive personalities are often seen as visionary leaders and are great at coming up with new ideas.

The Goddess has a deep understanding of life, and she is able to think critically and make sound judgment calls.

She is empathic and emotionally intelligent.

People who are considered wise tend to be calm and level-headed, even in difficult situations.

They also often have a good sense of humor and can see the beauty in everyday experiences.

Wisdom is something that is often cultivated over time, through experience and reflection.

Examples of the Goddess Personality

Here are some examples of the Goddess Personality in popular culture and literature:

There are mythical legends about the Goddess’s power in every culture in the world: