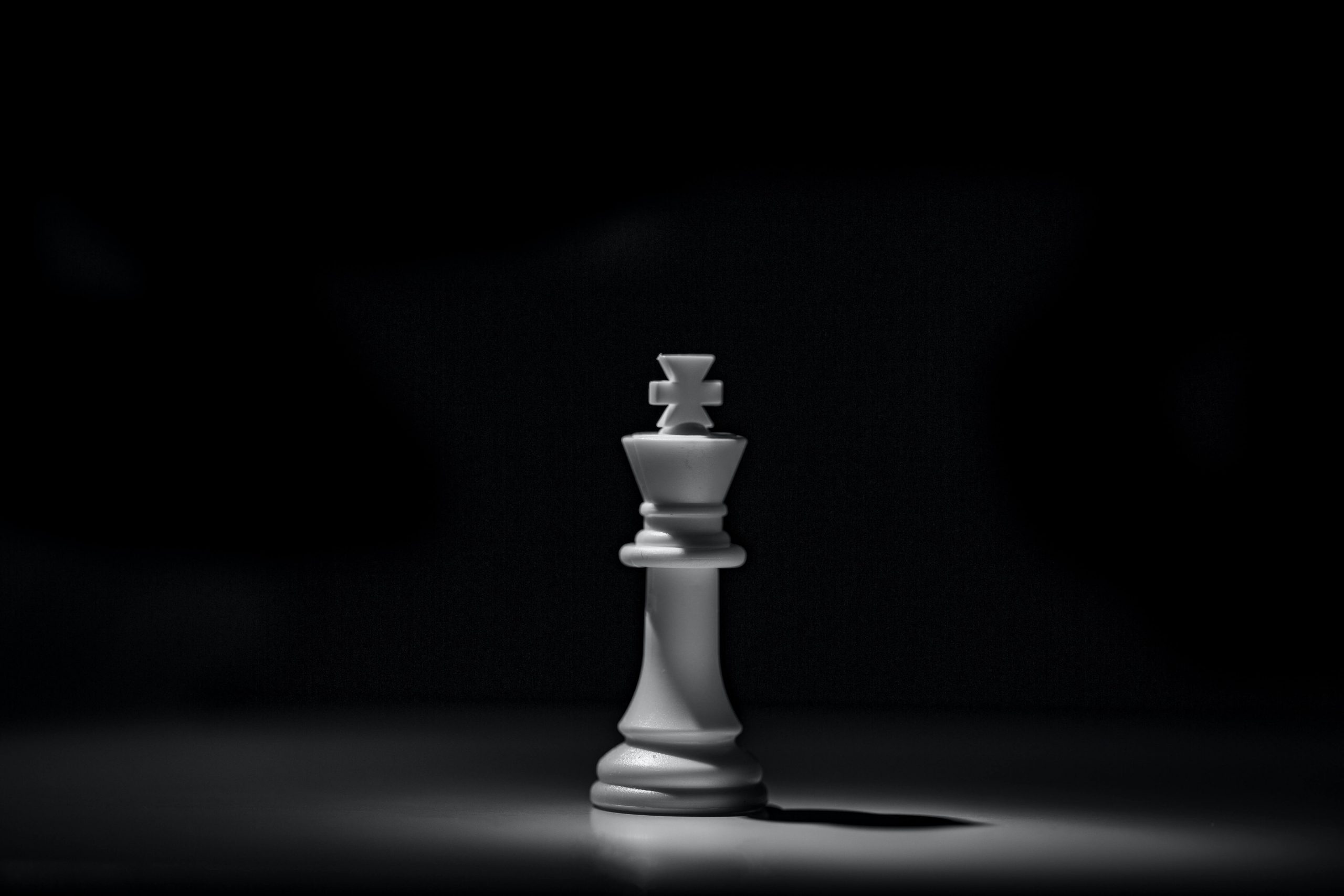 Learn all about the King Personality Type including a definition, characteristics, examples and how it relates to archetype personality types.

What is the King Personality? (Short Answer)

A King Personality is someone who craves power and control.

They often have a dominant personality and can be demanding, aggressive, and unyielding.

They need to feel like they are in charge and in control of their environment, and they will go to great lengths to maintain their power.

A King Personality can be a powerful leader, but they can also be difficult to work with.

They are often inflexible and unresponsive to the needs of others, and can be quick to anger.

However, when a King is able to use their power for good, they can be an incredibly effective leader.

Symbolizing the pinnacle of temporal masculine power and authority, the King is a grand archetypal figure.

This archetype is linked to extremes of both kindness and brutality. (The collective desire of his country that he would be removed from his throne is classic to the cruel King.)

The King is more closely identified with royal lineage and heritage, but an Emperor, like Napoleon, might emerge from ordinary people.

The King’s ancestry ties him to the archetype of the Prince and to the “entitlement” attitude that is often associated with ruler archetypes.

The King’s shadow also includes a reluctance to accept criticism, questioning, and challenges while making judgments regarding his kingdom.

Throughout history, the pendulum has swung between good and evil, between benign, even saintly rulers to greedy, criminals.

The thirteenth-century monarch was devoted to his people’s well-being and the glory of God at all times.

Among the most intelligent, though sometimes all-too-human, monarchs of the world were Charlemagne, King David, and Akhenaton of Egypt.

Then there was England’s Mad King George III, who led the Colonies to revolt; France’s King Louis XVI was known for decadence and excess; and Japan’s Emperor Hirohito led his country into a devastating war.

Regardless of whether one’s kingdom is a corporation, a community, or a family, this archetype’s traits are universal.

This archetype relies heavily on the desire to govern and wield authority over a kingdom.

There are many different types of King personalities. Here are a few of the most common types:

The Emperor is a dominant and commanding presence.

They are natural-born leaders who like to be in charge, and they have little patience for anything that gets in the way of their goals.

The good thing about an Emperor is their ability to get things done.

They’re efficient, organized, and they have a clear vision for what they want to achieve.

They are also usually very successful because of their drive and determination.

However, this type of personality can also be seen as unyielding and inflexible, which can make them difficult to work with at times.

Those with the Ruler personality type are either ruling themselves – their own independent business or venture for instance – or finding other ways to rule others, putting their exceptional organizational and leadership skills to good use.

Whether in a team effort or taking points on their own, Rulers want to get things done efficiently and correctly from the start, but they will also gladly take charge if need be.

They tend to take initiative and step up to leadership roles naturally, and are also highly organized and often excel at project management.

They possess strong executive decision-making abilities, and are often confident without being egotistical, inspiring trust in others.

A leader is someone who has the ability to inspire and motivate others to achieve common goals.

They have a clear idea of where they want their team or organization to go, and they are able to inspire others with their vision.

They are able to build up their team members and give them the tools they need to be successful.

They are often good at delegating tasks and creating a sense of ownership in their team.

Instead of creating and blessing others, as is the case with the King archetype, the Tyrant strives to demolish all in its path.

As a result of his narcissism, he believes he is the center of the world.

A scarcity mindset pervades the Tyrant’s thinking, leading him to assume that power is limited.

He doesn’t realize that the more you share your power and influence, the more it grows.

As a result, he suffers from a great deal of insecurity as a result of his need to hold on to the fragile illusion of his absolute power.

This causes him to become enraged and lash out in various ways, including physical, emotional, and mental abuse.

Whenever the Tyrant isn’t putting others in their proper place, he sees them as objects to exploit for his own benefit; he’s willing to throw his friends, family, and employees under the bus in order to achieve his goals.

When businesses or politicians pursue their own careers at the cost of the people under their control, we see the Tyrant present itself.

Read on to learn more about the key King personality characteristics:

The monarch has often been seen as the center of the world by many nations throughout history.

The ancient monarch was not only the physical core of his kingdom, but he was also its spiritual center.

In his divine capacity, the monarch was able to bring harmony to the cosmos by bringing together opposing energies.

Legends abound of monarchs confronting demons and bringing order to the mayhem they fought to create.

You experience the same centering strength when you’re living the King archetype.

Instead of thinking the world revolves around him, he has a tremendous feeling of equilibrium because he is confident, has a purpose, and is in good health.

Even in the midst of a hectic environment, he maintains a level head and a sense of perspective.

Instead of reacting, he takes action.

In a time of crisis, he’s the pillar of stability.

A guy who is wholly immersed in positive King energy is fully present as a man.

As a result of his central location, he has a bird’s eye perspective of everything that’s going on, allowing him to see the big picture.

He is able to stay unmovable in the face of the transitory and superficial because of this encompassing vision.

The King is in charge of making choices for the other archetypes since he is their executive.

His capacity to be decisive is based on two factors.

As a person, the King’s basic beliefs are based on steadfast and unwavering ideals.

In the face of adversity, he is unfazed since he has already decided on his plan of action.

Second, the King’s judgments are seasoned with wisdom.

As a result of his life’s experiences and lessons learned, he has gained practical wisdom: the ability to know what to do and when to do it.

3. He lives with integrity

In Spanish, “integro” is translated as “whole.”

To be a man of integrity is to have effectively merged all of a man’s positive qualities into one person’s character.

His life is a unified whole.

Although he has assimilated the other archetypes, the King strives to be complete on a personal level as well.

His integrity, honesty, and accountability make him a trusted friend and mentor.

His values are consistent throughout the week, not only on Sundays; he is who he says he is.

4. He protects his realm

King’s principal role in the past was to safeguard his kingdom.

Kingly vengeance was the standard response to an invading enemy army.

Even now, we rely on our leaders as protection.

A man may not be in charge of a country, but he does have spheres of influence that require his attention, whether it’s physical, mental, emotional, or spiritual.

It’s important to remember that your house is a safe haven for you and your family.

Workplace departments are another place where you can safeguard your workers from internal conflict, mediocrity, and the threat of layoffs.

Also, you must guard your own psyche and personal boundaries with ferocity.

When you’re in the King archetype in its fullness, you do whatever it takes to protect your realms, and this often necessarily requires accessing the Warrior archetype’s aggressiveness.

Kings have always been the ones in charge of enforcing the law.

Ancient Babylonian king Hammurabi was the first of these ruler/lawgivers.

His code is one of the first collections of written rules in history.

Trade, religion, and military duty were all regulated by these ancient Mesopotamians’ rules.

King archetype, like the kings of ancient times, have a profound effect on a person’s life and the lives of people he interacts with.

When we set rules, norms, and principles for people to follow, we see the King in ourselves.

If you’re using good King energy, you don’t set laws only to get a sense of joy from seeing others follow your orders.

Instead, his laws provide the framework for the success of others.

Accessing the Magician archetype might help you figure out how to build rules that aid rather than impede people’s advancement.

It isn’t enough to teach people how to live; a man must also live by those same edicts himself in order to fully incorporate the King archetype into his own life.

We must first become men of discipline before we can bring order to others.

6. He leaves a legacy

Leaving a lasting impression on future generations has always been a top priority for kings throughout history.

Creating empires, edifices, laws, and cultural shifts were all part of a quest for immortality and a legacy that would serve as a reminder of their accomplishments for future generations.

The urge to leave a legacy is a switch in manliness that can’t be ignored, no matter how big your principality is.

For those who want to leave a legacy, it doesn’t have to be a monumental undertaking like the building of a pyramid, but rather anything that has an impact on a person, a community, or the world in a small but lasting way.

Examples of the King Personality

Here are some examples of the King Personality in popular culture and literature: