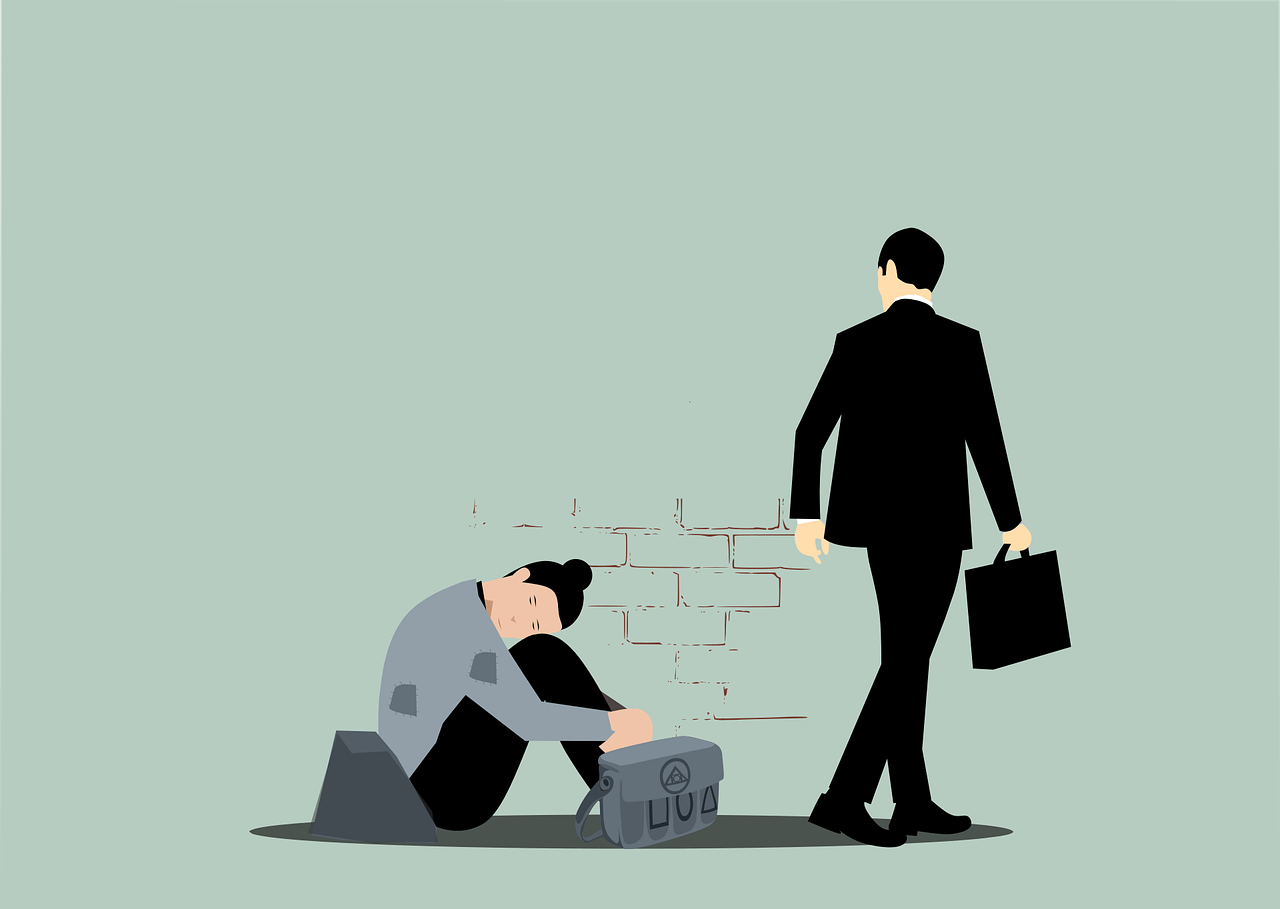 Learn all about the Beggar Personality Type including a definition, characteristics, examples and how it relates to archetype personality types.

What is the Beggar Personality? (Short Answer)

The Beggar Personality is a term used to describe someone who is always asking for things from others.

This person may beg for money, food, clothes, or anything else they can think of.

They may even ask for favors or services.

The Beggar Personality is not a flattering one, and it is often seen as a negative trait.

Beggars are usually thought of as being greedy and selfish, always taking and never giving back.

However, there are also many people who see the Beggar Personality as simply a matter of survival.

This person may have run into bad luck or been dealt a difficult hand in life, and they see begging as their only way to get by.

The Beggar Personality is linked with total reliance on others’ compassion.

A person does not need to be in desperate need of food to qualify as a Beggar.

People “beg” for affection, attention, respect, and power, as well as for material things.

To offer a powerless creature a “treat” of power, we “throw a dog a bone.”

The Beggar archetype symbolizes a challenge that forces a person to face their own self-empowerment at the most basic level of physical existence.

For this archetypal pattern to work, it’s critical to understand the origins of the virtues of self-worth, compassion for others, and generosity.

There are many different types of Beggar personalities. Here are a few of the most common types:

Many people are quick to judge homelessness as a character issue. But if you take the time to get to know someone who is homeless, you’ll quickly realize that there is so much more to the story.

More often than not, homelessness is the result of a perfect storm of circumstances beyond an individual’s control.

A sudden job loss, an unexpected medical bill, or even just bad luck can lead to a downward spiral that ends in homelessness.

And once someone falls into homelessness, it can be incredibly difficult to get back on your feet.

So instead of judging homeless people for their circumstance, try and understand what led them there and how hard they’re fighting to

The indigent personality is characterized by a lack of resources, both material and psychological.

Individuals with this personality tend to be poor, uneducated, and have low self-esteem.

They are often unemployed or underemployed, and may turn to crime or other forms of deviant behavior in order to make ends meet.

This personality type is often seen as a burden on society, and little sympathy is typically given to those who fall into this category.

Read on to learn more about the key Beggar personality characteristics:

This person feels that they are entitled to receive money or goods from others, and will often make demands or be very vocal about their needs.

The entitled beggar is a term used to describe someone who expects others to give them what they want or need, without any reciprocation.

This person may feel entitled to handouts, freebies, or special treatment, and can be quite demanding when they don’t get their way.

Additionally, entitled beggars often have a sense of entitlement that goes beyond what is reasonable or necessary.

This type of entitlement can often be seen in people who beg for money or assistance, as they believe that they are owed something simply because they exist.

While it’s natural to want things like food and shelter, people with the entitled beggar personality take this to an extreme by expecting others to provide for them without any effort on their

This person often plays the victim card, using sad stories and tales of woe to elicit sympathy from others and gain financial assistance.

The desperate beggar personality type is someone who has a very low self-esteem and feels that they are not good enough or worthy of anything.

They tend to be very insecure and have a negative outlook on life.

They often feel like they are victims and that the world is out to get them.

They tend to be very dependent on others and need constant validation and approval.

They are also very manipulative and will use guilt trips or threats to get what they want.

They usually have a hard time making friends or relationships because people can see through their act.

They often end up resorting to begging for money or food in order to make ends meet.

This type of a person is quite aggressive and can be quite demanding.

They often use verbal threats or physical intimidation to get what they want, including money.

They will do anything to get your attention, including shouting and cursing.

​​The Crazy beggar Personality is a type of personality that often engages in erratic or eccentric behavior.

They may be seen as “crazy” by others, but they often have their own skewed view of reality.

This can make them difficult to deal with on a day-to-day basis.

If you know someone with a Crazy beggar Personality, it’s important to be patient and understand that they are not always going to see things the way you do.

This person has a compulsive need to beg for money, and may do so even when they don’t need it.

They can be very persistent in asking for help.

The Chronic beggar Personality can manifest in different ways depending on the person.

However, some key traits of a person with this personality type might include a need for attention and validation, a propensity for manipulative behavior, and a general sense of entitlement.

They may use their stories of hardship to guilt others into giving them what they want, or they may resort to more manipulative tactics such as lying or stealing.

Whatever the means, people with the Chronic beggar Personality will do whatever it takes to get what they want.

This individual is often very cunning and manipulative, knowing just what to say or how to act in order to get people to give them money or goods.

There’s no one-size-fits all answer to this question, as the Chronic beggar Personality can manifest in different ways depending on the person.

However, some key traits of a person with this personality type might include a need for attention and validation, a propensity for manipulative behavior, and a general sense of entitlement.

Examples of the Beggar Personality

Here are some examples of the Beggar Personality in popular culture and literature: