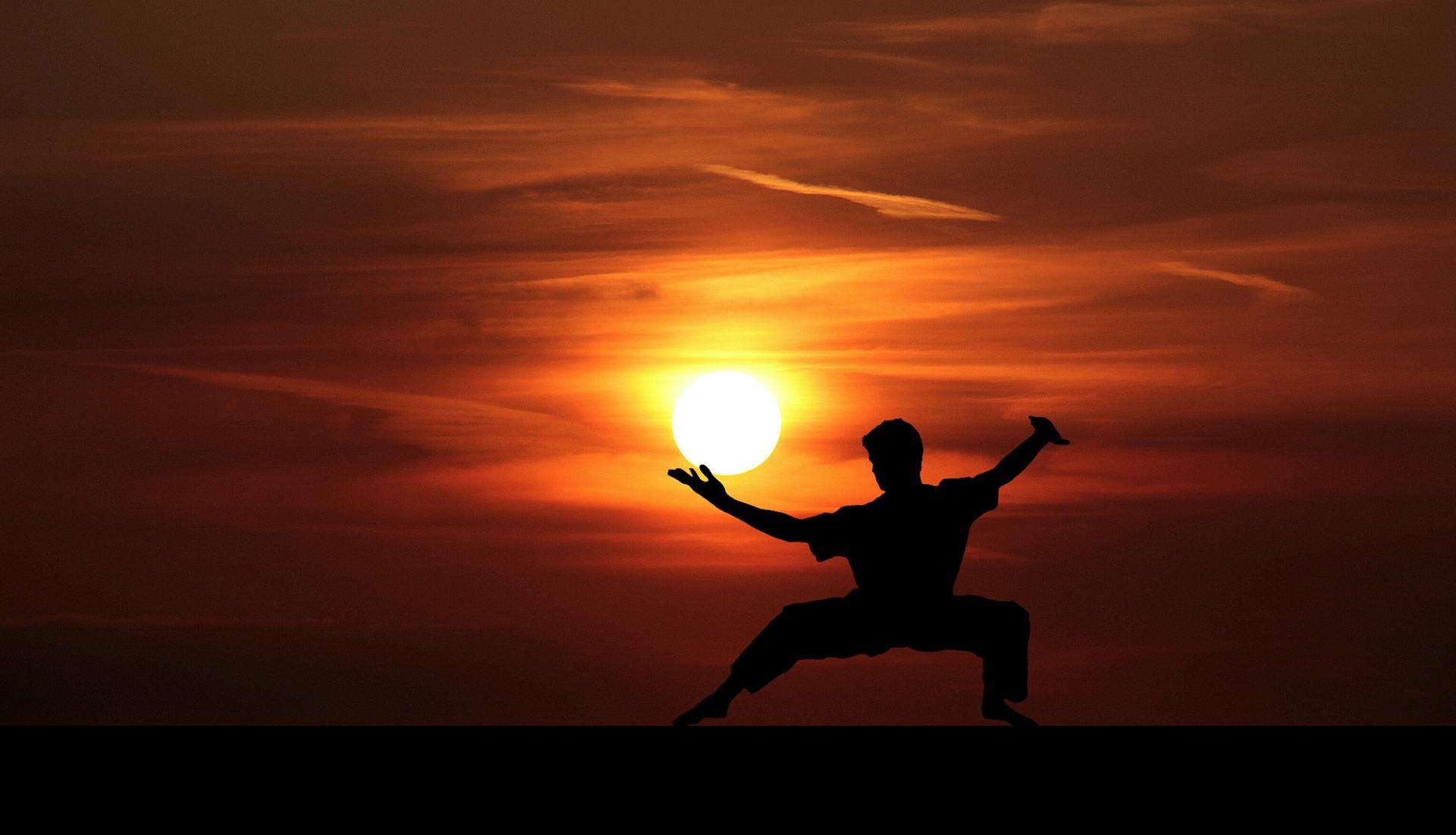 Learn all about the Warrior Personality Type including a definition, characteristics, examples and how it relates to archetype personality types.

What is the Warrior Personality? (Short Answer)

The Warrior personality is a term used to describe individuals who are aggressive, assertive, and fiercely independent.

Warriors are often characterized as being warriors in the physical sense (brave, courageous, and physically strong), but they can also be warriors in the emotional sense (unafraid of confrontation, unyielding in the face of adversity).

People with a Warrior personality tend to be self-reliant and have a strong sense of independence.

They are often natural leaders and thrive in positions of authority.

Warriors are assertive and have no problem standing up for themselves or others when they feel it is necessary.

They can be both fierce and compassionate, which makes them excellent leaders and defenders.

The Warrior archetype symbolizes physical strength as well as the capacity to protect, defend, and fight for one’s rights.

The Warrior is tied to invincibility and loyalty, while the Knight is associated with defending Damsels.

While both the Knight and the Warrior appear on the battlefield, the Knight’s romance, chivalry, and opulent castle are not affiliated with the Warrior in any way.

The Warrior archetype, which is also related with the shift from boyhood to adulthood, emphasizes being indestructible and fighting to the death.

The Mercenary and the Soldier of Fortune are both variations on the hired killer, who sells his power on the open market, often with complete disregard for the cause of the buyer he is serving.

These archetypes are similar to the Prostitute in that, while they appear to be negative, they serve as warning signs when we are in danger of aligning our power with an unjust or purely self-interested cause.

It’s a two-edged sword for both the Gunslinger and the Samurai (pun intended).

They appeal to our dreams of independence and the ability to protect ourselves and correct wrongs, but they also bear the weight of history as a terrible, predatory evil.

On the one hand, there are all the heroic characters portrayed by John Wayne, Gary Cooper, and others–individually opposing injustice and repelling the forces of evil.

The Lone Ranger and the wandering samurai warriors in Akira Kurosawa’s films also embody this fiercely independent warrior that the American and Japanese past seem to share.

On the other side are all of the greedy, wicked thieves and murders who symbolize our darkest fantasies of lawlessness and unfettered masculine supremacy, as well as all of the victims of their crimes.

A middle ground exists between the ambiguous Crime Fighters and the lone-wolf Gunfighters, such as Clint Eastwood, who is known for his heroism that is often tinged with bitterness, vengeance, and more than a dash of sadistic tendencies.

In the sake of achieving triumph at whatever cost, the shadow Warrior distorts or abandons ethical standards and decency entirely.

What might be considered a virtue–heroic indifference to danger and pain–becomes despised when the indifference is aimed at others rather than oneself.

The Warrior archetype is equally as relevant to women as it is to men.

Women have long stood up for their families, and the Amazon tribe of Warrior Women has become legendary for their ability to engage in fierce battle–even if it means sacrificing a portion of their female physique in order to facilitate warfare.

A characteristic of the Amazon is their devotion to their families and tribes, as well as their emphasis on raising and passing on their children a strong sense of self-reliance and self-defense skills.

Women who liberate and protect others, particularly women and children, have risen to the status of Warrior Woman once more in today’s society, restoring the myth of the Warrior Woman.

The concept of the spiritual Warrior has been pioneered by Dan Millman (The Peaceful Warrior), the Tibetan Buddhist teacher Chögyam Trungpa (Shambhala: The Sacred Path of the Warrior), Prof. Robert Thurman, and others.

They instruct us to employ the warrior qualities of courage, stoicism, and self-sacrifice to fight the ego and seize control of our inner existence.

There are many different types of Warrior personalities. Here are a few of the most common types:

The Soldier is characterized by strength, courage, and determination.

They are loyal to their team and focused on the task at hand.

They are often described as dependable and reliable.

The Soldier is highly analytical and takes a strategic approach to problem solving.

They like order and predictability in their environment and may be seen as inflexible or unimaginative.

They are not easily distracted by emotional appeals or distractions from their goals.

The Crime Fighter is a combination of psychological characteristics that are found in individuals who are drawn to law enforcement and criminal justice occupations.

This type of personality is usually characterized by high levels of personal responsibility, a strong sense of morality, and an unwavering dedication to justice.

They have a strong sense of right and wrong, and feel a deep personal responsibility to help protect society from criminals and criminals from society.

They also tend to be very driven and goal-oriented, always seeking justice for the victims of crime.

In general, an Amazon is strong, independent, and confident.

She knows what she wants and goes after it without hesitation.

She is not afraid of hard work or challenges, and she trusts her intuition and instincts above all else.

An Amazon is also a nurturer; she loves taking care of those around her and making them feel safe and loved.

She has a big heart and is always there for her friends and family when they need her.

Lastly, an Amazon is fiercely protective of her independence and freedom, and will never let anyone take that away from her.

Mercenary refers to a type of person who is primarily motivated by money and personal gain.

They are often characterized as being selfish, unemotional, and ruthless in their pursuit of wealth and power.

While some people may exhibit mercenary behavior occasionally, those with a mercenary personality are typically driven by greed and the desire for status and material possessions.

The Soldier of Fortune is a personality type that is often drawn to dangerous and high-risk occupations.

These individuals are thrill seekers who enjoy the excitement and adrenaline rush of dangerous pursuits.

They are often impulsive and risk-taking, and they tend to be attracted to jobs that involve physical danger or require them to take risks.

The Soldier of Fortune Personality is not suited for traditional 9-5 jobs, which can be quite boring for these individuals.

They need something more exciting and adventurous in their lives, and they are often drawn to careers such as law enforcement, combat arms military service, emergency services, etc.

This type of personality is characterized by the need for control and power.

People with this type of personality are often very successful in business and other areas where they can be in control.

They are often high-functioning individuals who have a strong need to be in charge and to be the one making the decisions.

They are usually very confident individuals who have a “take no prisoners” attitude.

People with this type of personality can be quite intense and can sometimes come across as being arrogant or bossy.

They may have difficulty admitting that they are wrong or that they made a mistake.

They also tend to be very independent and often do not like asking for help.

The Samurai personality is a disciplined, focused and determined individual who possesses the qualities of strength, courage and integrity.

They are often characterized as guardians of justice and nobility, and are known for their unwavering loyalty to their masters and country.

They obey a strict moral code of conduct, and have a sense of honor and integrity.

They believe in serving others before themselves, and placing the needs of their people above all else.

This makes them an ideal role model for anyone seeking to lead a principled life of excellence.

Read on to learn more about the key Warrior personality characteristics:

A (spiritual) Warrior is brave.

Bruce Lee once stated, “Do not pray for an easy life, pray for the strength to endure a difficult one.” This is what it means to be courageous.

As previously said, the road of the (spiritual) Warrior is not without its difficulties.

On the road to (spiritual) mastery, they may encounter danger, anxiety, suffering, and uncertainty.

When faced with hardship, skepticism, or the contradictions or absurdity of their beliefs and actions, (spiritual) Warriors don’t give up.

This doesn’t imply that they don’t experience fear; it means that they feel it and keep going.

The Warrior is also disciplined.

When it comes to discipline, it is the capacity to limit yourself—to control your impulses, wants, or emotions for the purpose of improvement.

Note that such discipline is not imposed by any external authority, but rather is developed by the Warrior in the fire of their own will.

Staying on track is another definition of discipline.

It is understood by the Warrior that there will be obstacles along the way, but when those obstacles arise, self-discipline allows them to continue when others are content to give up.

3. Their word is golden. Always.

Warriors talk from the heart, which means they naturally follow through on their promises.

That which they say and what they do are in perfect harmony.

A Coward wants to construct a positive picture of himself and will say anything that seems good at the time.

Do you find yourself changing your mind a lot? Are you making excuses? Is it a habit of yours to dodge responsibilities or break promises?

That indicates that you are attempting to flee from your actual self, and that the coward owns you.

4. They don’t put themselves first

The Coward’s realm is the pursuit of self-preservation at any costs, however, the Warrior knows it’s not about them.

You don’t feel separated as a Warrior, therefore you don’t behave as if you do.

Only a self-separated being prioritizes survival above anything else.

Do you spend the majority of your time and energy trying to do things that will benefit you only? Say hi to your coward.

A Warrior lends a helping hand just because he can, and not because he wants to or feels like it.

A Coward has an agenda and keeps note of his ‘good actions’ because he expects to be rewarded for them at some point.

Examples of the Warrior Personality

Here are some examples of the Warrior Personality in popular culture and literature: